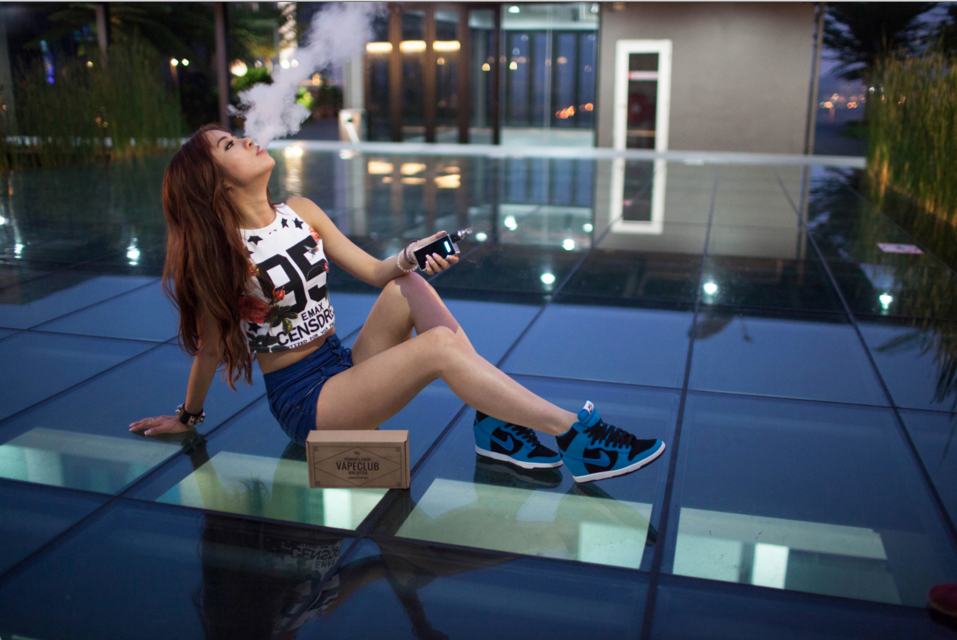 While sizable portions of Malaysians are catching up with the steady growth of the ‘vape culture’ and are actively partaking in it, the Malaysian government on the other hand is held up in a debate about whether they should regulate the vape industry or ban the act of vaping as a whole.

Such uncertainty definitely weighs in heavily on startups that are looking to flourish by capitalising on this growing trend. With regards to how the government’s uncertain stance might inhibit their growth prospects, Jeannette Goon, co-founder of VapeClubMy said, “It’s been very stressful, but also exciting. It’s like being on a roller coaster ride, especially with the government considering implementing a blanket ban on vaping and so on. On one hand, we’re excited that we’re growing but also stressed out that it might be over before we even grow as large as we wanted to be.”

However, they continue to grow much quicker than they initially expected. In fact, they’ve had to hack their own systems in order to cater to both local and international demand.

VapeClubMy is the brainchild of Jeremy Ong, Ken Foo, Ikhwan Khaliq and Jeannette Goon that provides a juice subscription service for the everyday vape enthusiast. This all came to be after they realised that regular brick-and-mortar vape stores stock up on a wide range of juices that the vape enthusiast can’t try out all at once. And that’s a problem.

Even if they do purchase a collection of juices after trying them out at a store, they might soon find out that the very same juices taste completely different in a different setting.

To curb such issues and to provide a much better experience to both the novice and the expert vaper, they offer a premium subscription service through VapeClubMy.

The founders primarily wanted to cater to the needs and wants of Malaysian vapers and so they didn’t have a system in place to accept or ship international orders. Despite this, they still received write-ins from potential customers in Australia, Norway and Singapore.

Jeannette said, “We see that there is quite a strong interest in Australia, specifically Melbourne, Sydney and Perth. We’re definitely open to servicing customers from anywhere in the world and we’re reworking our system to accept international orders. As there has been a strong interest from Australia, we would be starting there first.”

“We hoped that we would be able to grow internationally but we didn’t expect it to happen within the first month itself,” she added.

These new international customers brought with them a different taste palate along with the demand for a different range of juices that Malaysians aren’t often used to. People from different areas of the globe tend to have different tastes because of the culture and environment that they are accustomed to. Seldom would you find someone from Norway that would be interested in vaping a durian-flavoured juice (at least I’m pretty sure not).

In fact, according to Jeannette, Malaysians tend to gravitate towards sweeter flavours while people from overseas want more flavours without so much sweetness. In regards to this new found demand, Jeannette said, “We have vape juices that meet their requirements as well, as there are also Malaysians who prefer less sweet juices. Some Malaysian juices actually have quite a high demand worldwide.”

Despite having Malaysian juices that might appeal to international vapers, they are constantly on the lookout for new flavours. There are heaps of juices available in the market and finding ones with good quality is often a tough challenge, a challenge that the VapeClubMY team has to tackle by themselves for the time being.

Given the sudden spike in international demand, they also had to quickly find a way to hack their system to accept different currencies. They also had to include an add-on that would automate the calculation of shipping costs.

Despite adding in these quick hacks, they still have to fulfill each and every international subscription manually, for now. As soon as they get an international order, they immediately conduct thorough research about the country’s rules and regulations. If it’s a country that they can ship to, they quickly obtain the required shipping information among other details and they even fill out Material Safety Data Sheets to include in the package, if necessary.

Once everything is said and done they ship out the subscription box to customers overseas. So far, they continue to fulfill an increasing number of international subscriptions.

Birth Of the Online Store

On the other hand, heaps of people also wrote-in enquiring about whether VapeClubMY sells mods and other accessories. While they initially didn’t, VapeClubMY has now opened up an online retail store that will sell mods, accessories, juices, and merchandise, so that they can cater to customers who prefer to do their shopping online rather than in brick-and-mortar stores. This enables them to reach out to a larger audience and it also provides the vapers with more value in terms of variety, especially in terms of product categories.

This rule also applies to a person’s choice of mods, tanks and accessories as each one leaves the vaper with a unique experience. Vapers that like to taste different juices would prefer tanks and mods that bring out the flavours of juices while those that prefer “cloud chasing” would prefer more powerful mods that are able to produce more vapour.

Since the founders are vapers themselves, they have enjoyed the experience that many of the products on the online retail store provide and they are more than willing to cater to the different needs and preferences that vapers tend to have.

Currently, quite a few Malaysian brewers feature their juices on VapeClubMY and this move could mean that VapeClubMY would now be entering the space as a competitor. However, the founders disagree.

“We don’t see our retail store as competition to our partners. Most of them are brewers and are looking for ways to get their juices out in the market at fair prices. We ensure that our juices are sold at the recommended retail price and even help them to market their products,” Jeannette added.

Even though VapeClubMY continues to add product categories and newer range of juice flavours to meet surging local and international demand, the fact of the matter is that their startup is built around a popular trend, one that doesn’t have the explicit approval of the Malaysian government (at the time of this writing). And that could prove to be one of the biggest threats facing VapeClubMY.

On the other hand, the nature of “popular trends” tends to be short-lived and personally, I’m not entirely convinced that the “vape wave” is here to stay. In the event that vaping falls out of favour both in the eyes of the Malaysian youth and the Malaysian government, then it would mean that the growth prospects of VapeClubMy would come to an abrupt halt.

However, the facts currently show that vaping is not just a fad but an entire industry on its own. The Star reported in June that Malaysia’s vape industry is worth half a billion ringgit and is the second biggest globally after U.S. and the largest in Asia. This is not forgetting that Malaysia has about 4.7 million smokers and seeing as vaping is the safer option, many smokers have since turned to vaping to quit smoking cigarettes.

With an estimate of one million vapers in Malaysia, if the number of vapers continues to rise exponentially, the founders would have a much better chance to grow their startup and hopefully break even.