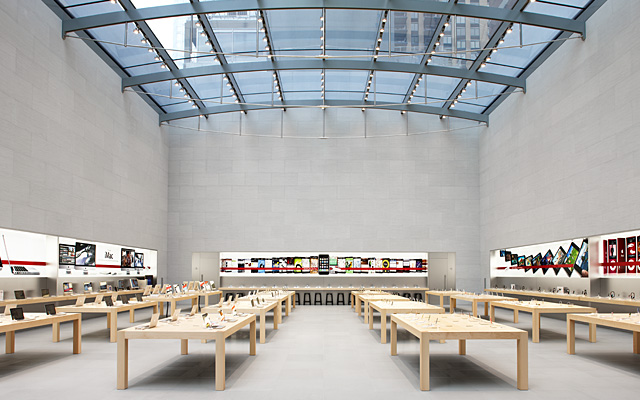 Solar energy is viable, and the creators of your iPhone are going to prove it.

Apple has not only confirmed the rumours about Singapore’s first flagship store, but also that the upcoming store, along with all Apple operations in the city, will be powered completely by solar energy. This is being made possible through a deal with Singapore’s largest solar energy developer, Sunseap Group. They will be providing Apple with 100 percent renewable electricity to power their facilities here.

On top of powering Apple’s operations, the partnership will also help finance Sunseap’s solar project: the company wants to install solar panels on the rooftops of public-owned buildings. Apple will receive 33MW of the project’s capacity, which currently generates a total of 50MW of solar energy This is enough to power the equivalent of 9,000 homes. The project also has the backing of the EDB (Economic Development Board).

“Climate change is one of the great challenges of our time, and it’s going to take determination and innovation to make the much needed transition to a green economy,” said Lisa Jackson, Apple’s vice president of Environment, Policy and Social Initiatives. “This deal will cover all of our electricity needs in Singapore, including our 2,500-person corporate campus and new retail store.”

Making the Apple Store solar-powered, according to the tech giant, is part of their bid to become a completely clean fuel-powered company. Singapore’s Apple Store will join their US counterparts in being completely run on renewable energy, with the only difference being that Singapore’s store will be run on solar energy thanks to our proximity to the equator.

To further confirm the arrival of an Apple Store to Singapore, Apple has begun hiring, with 14 different job listings on Apple’s official website. This includes the Apple Store Leader Program, a 24-month trainee programme that will give you the opportunity to apply for a leadership position at a store in any of Apple’s key markets upon completion. The position calls for at least a GPA of 3.0 and leadership experience in work or school activities.

The Apple Store is rumoured to be located at Knightsbridge Orchard, after Pure Fitness issued a letter to all their users to notify them of their closure. According to The Straits Times, clothing stores Tommy Hilfiger, Topshop/Topman and Brooks Brothers, as well as watch retailer Dickson Watch & Jewellery will be moving out to make way for this mega store. The closure of Pure Fitness (which is on the third floor), in particular, suggests that an Apple store placed there may occupy three storeys of the building.

Apple has not confirmed the location or the opening date of the Apple Store yet.

So the next time you look up to curse our hot tropical sun, just remember that it will power our new Apple Store pretty soon.