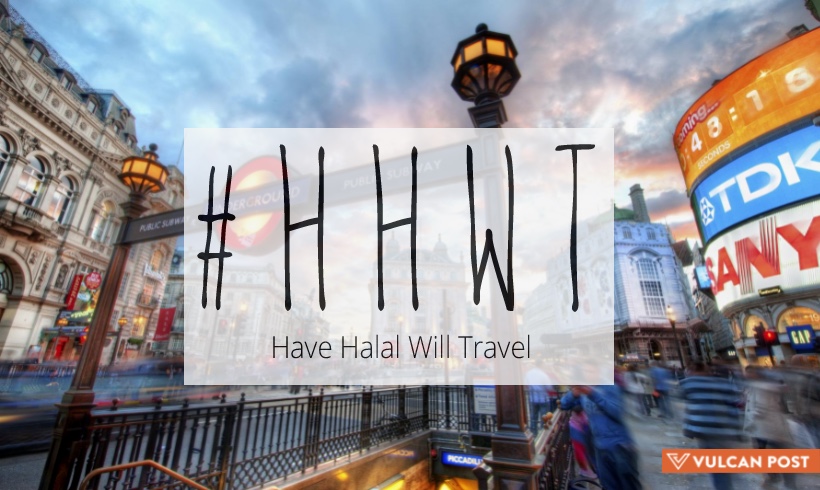 If you’re a niche traveller in this time and age, chances are you don’t have to worry about anything. If you’re vegan, there’s a community for that. If you’re a couch surfer, you’re covered. If you want to go on all-ladies trip, you don’t have to fret. And if you’re a modern Muslim out to see the world, Have Halal Will Travel‘s got your back.

Have Halal, Will Travel (HHWT) is a travel publication catered specifically to the modern Muslim traveller. “We wanted to help make it easier for Muslim travellers to plan their trips and enjoy authentic local experiences — think halal ramen or joining in local festivities in Korea. This is what HHWT is about,” founder Melvin Goh says.

Have Halal Will Definitely Travel

Peruse the site and you’ll find halal food guides, Muslim-friendly travel guides and suggested itineraries for places like Japan, Korea, Hong Kong, the United Kingdom and even the Maldives. Even though, according to Melvin, HHWT posted their first article in February this year, the idea behind the publication first came about way back in 2013.

“We were in Seoul for an exchange programme. Unlike today, there weren’t as many halal food options then, so we were on a seafood and vegetable-based diet. I remember our fortnightly trip to Itaewon to get our dose of meat from an Indian buffet restaurant,” he recalled.

They tried browsing through halal directories and online sources to find more places to dine at, but most of them simply provided the name and address of the restaurant. There was no information on the type of food served, opening hours, directions, and whether the restaurant was even still in business. Perhaps all of those factors — and the determination to try a halal samgyetang (Korean ginseng chicken soup) — was what led to the birth of HHWT.

Write What You Would Read

Though the core team is based in Singapore, HHWT has a global network of writers across cities like London, Seoul, Malaysia and Singapore. Together, they prepare guides as well as interesting and timely articles that would help make travel easier for Muslims.

Like most editorial teams, a content strategy meeting is held every Friday morning to determine which stories should be covered in the following week, and also to review the performance of articles that have been published.

Melvin tells us, “We wanted to create a publication that we ourselves would love to read. An honest publication that properly captures the beauty of the destination, articles to help travellers find delicious halal local food overseas and posts to inspire wanderlust. Many people have asked me how we manage to get a ton of engagement on our Facebook page. The simple answer is this — write something you would personally want to read.”

And there’s also a noble intention to why they do what they do. Melvin believes that HHWT can be a force for peace — that as more Muslims and non-Muslims interact, irrational stereotypes, biases and misconceptions from both sides can be torn down.

Travelling and Being Muslim

We all have an image of Muslims in our minds, as portrayed by mainstream media and based on your personal experiences (or lack thereof) interacting with Muslims. But the truth is, just like anyone travelling to a new place, Muslims also yearn for cultural experiences while keeping true to their faith. And two things in particular make it hard for them to do so: the difficulty with finding authentic local halal cuisine and prayer spaces.

Melvin tells us that Korea and Japan are very popular travel destinations for Muslims tourists — Korea because of the K-wave and Japan because of the food, culture and nature. Thailand is also popping up as a popular Muslim destination, according to him. “Thankfully, the governments have picked up on the Muslim traveller trend and have done much to promote Muslim-friendly travel,” he said.

Helming a travel site also comes with a lot of misconceptions, apparently. “Our readers think we’re constantly travelling to cover different places. But we’re mostly stuck in the office doing research or working with our global writers. Those trips you see on our social media accounts come from our personal savings. If only we had the ability to fly all the time!” Melvin reveals.

Still, he is quite the avid traveller, citing Japan, Korea, and the UK as his favourite destinations. The expert dishes on his top five travel tips for Muslim travellers:

With December ringing in pretty soon, our wanderlust detector senses that the need for travel in this period is getting pretty high. So check your funds, camp in front of your computers and perhaps book a short getaway. Experience London in its picturesque autumn, Korea awaits you with all the pop culture you can consume, and Japan? HHWT recently wrote about a fancy meal they had in Kyoto which got me deliberating…

For media enquiries, reach out to HHWT at: hello@havehalalwilltravel.com