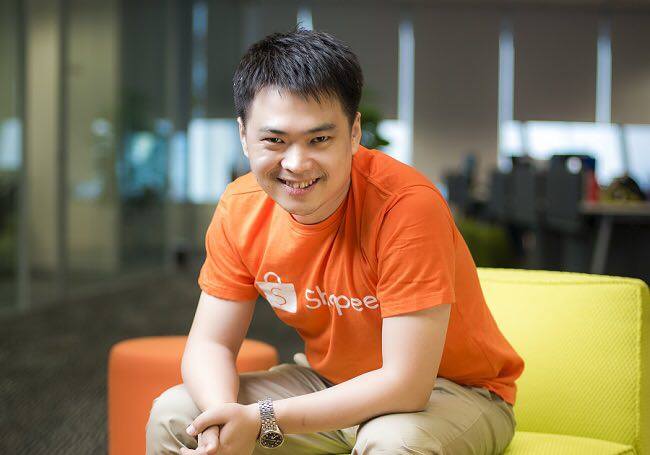 “There’s a word for it — Professionalism.”

That is what’s missing from the social e-commerce space in Singapore, according to Chris Feng, Head of Mobile Business in Garena Online. He also recently took on the mantle as CEO of Shopee, the newest online marketplace to hit Southeast Asia. Having lead expansion in Zalora and Lazada, two e-commerce powerhouses under Rocket Internet, Feng knows what he’s talking about when he shares his vision of Southeast Asian e-commerce. Vulcan Post sat down with Feng in the newly renovated Garena office in Fusionopolis, in the heart of Singapore’s startup scene, to talk about the rise of social e-commerce, and what Shopee plans to bring to the table.

Social e-commerce is the latest monster to rise in the Southeast Asian market. E-commerce and m-commerce (mobile shopping) have already become precedents, with a pool of 2.7 million online buyers in the last 3 years in Singapore, each averaging US$1,861 yearly spending according to a study by PayPal. These buyers are now looking forward to incorporate a social element to the marketplace, especially in P2P marketplaces, where independent buyers and sellers come together to share an online space and communicate openly amongst each other.

Shopee is far from being a first-mover in this space, but what sets them apart is their vision. According to Feng, their version of a marketplace takes inspiration from several existing e-commerce models, but does it better — they’ve a lower barrier to entry for all sellers and buyers, built-in payments, delivery and logistics, transaction management system, review and chat system. It’s a Frankenstein of all the best parts of the platforms we know and love, like Rakuten, Alibaba, Gumtree, and the Classifieds, and presents the closest to what Feng calls a “true marketplace model”.

“I believe a true marketplace is a platform business, where we enable a buyer and seller to do business. We should get involved with the process as little as possible. We are regulators, we’re not executors.”

It’s understandable that people will begin to compare Shopee to Carousell, a popular buy-and-sell platform that connects both buyers and sellers via a built-in chat system. The Singapore-based startup launched in 2012, and last year announced an average of 8 transactions every minute. However, this has given rise to a whole new set of problems of its own — the horrors of uncooperative buyers and bad experiences have led to netizens coining the term ‘Carouhell’, which has gone on to give social e-commerce a bad reputation.

When asked what he thought of being compared to Carousell, Feng laughed it off. “It’s okay, I’m pretty open minded. We meet quite often.” Not surprising, since the Carousell office is just across the road at Blk 71.

“Carousell was very lucky in the sense that they started early in the Singapore market. It’s good that they educate the market, ultimately it’s like a welcome present. I don’t see them as a competitor long term — they will be niche players, second-hand market, for a very long time, and it’s okay to be like that…In some sense we do look somehow similar, but I think we’ll evolve very differently as time goes.”

What of the threats of Carouhell? Similar to Carousell, Shopee also makes use of a chat system that allows sellers and buyers to chat, which Feng says is integral to the process. However, Shopee has taken different measures to ensure the quality of their sellers. For example, each seller has to be verified with a phone number and bank account, thanks to the presence of in-app payments. Shopee has an in-house contents team that flags suspicious users manually, and each seller is rated by reviews and response rates.

It also helps that buyers and sellers won’t have to physically meet — Shopee’s partnership with Singaporean logistics startup NinjaVan handles all deliveries so sellers don’t have to.

Thanks to Shopee’s support structure, established companies like FMCG distributor Original Store have been able to expand onto the online space with little fuss. Andy, a co-founder of Original Store, shares that Shopee’s Live Chat and safe payments system meets needs that other online channels aren’t able to provide.

“When selling through email or on other online channels, we lost out on some potential customers because we couldn’t respond to them in real-time and before they started looking at other options. Shopee is more mobile-friendly than other online platforms in terms of interface and features. The FMCG industry is very competitive, so being able to respond quickly while on the go means that once we have interest, we can answer questions and close the sale immediately.”

Professionalism And The Marketplace

The word professionalism, as Feng uses it, requires a little explanation. When it comes to P2P marketplaces, professionalism comes not just between the platform and its users, but between buyers and sellers. As regulators, Shopee takes a key role in ensuring a safe, professional, and supportive environment for all its users.

To explain professionalism further, Feng likens the e-commerce market to a hawker centre. Much like how food stalls used to exist on roadsides, e-commerce grew from individual sites and blogshops, with rudimentary bank transfers. Now, sellers can come together in marketplaces, sharing resources much like foodstalls share a hawker centre, where gas pipes and electricity are provided. What Shopee provides is infrastructure and support — meanwhile, they let sellers do what they do best.

Looking to the future, Feng shares that we will look to China as an example — as a crystal ball into our future even. According to Feng, Shopee’s vision is close to what the Alibaba group has achieved, in terms of the size of the market and how the market has evolved. The mobile platform is present in Singapore, Malaysia, Indonesia, Thailand, Vietnam, the Philippines, and Taiwan, and is poised to quickly take over the P2P space in Southeast Asia, becoming parent company Garena’s foothold into the e-commerce space.

“Now is the tipping point — how can we do the business differently, how do we scale the business, how do we leverage on the social entrepreneurs to come to the platform and sell online. Five years later, I hope the market will evolve to where China has evolved, where e-commerce is seen as a mainstream rather than a niche market, and ideally we’ll be one of the biggest players.”