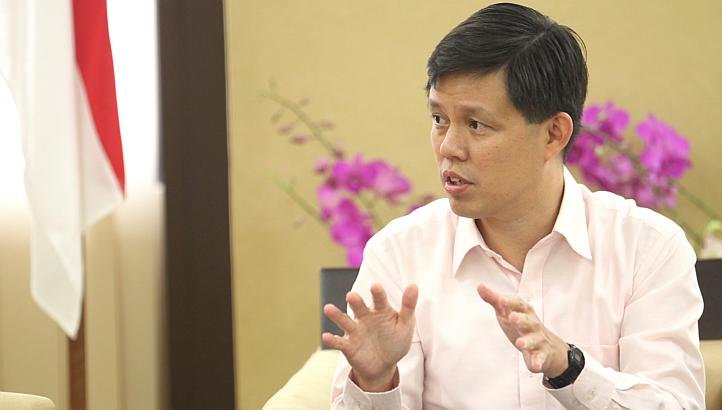 Earlier last year, Minister of Transport Khaw Boon Wan was the new blogger to watch in 2016 when he published his first blog post in his new website “Moving News”.

While many are still following Minister’s Khaw regular updates, Minister Chan Chun Sing has just penned down his first blog post yesterday too, albeit with a more gloomy start.

The first article, published under a new publication Labour Beat, warns Singaporeans of an upcoming downturn. The publishing comes just a day ahead of the swearing-in ceremony for the 13th Parliament of Singapore today.

“The current economic outlook is particularly challenging. Many are worried if there will be enough orders for the companies and jobs for workers in the coming months,” shared Minister Chan in the article. Minister Chan is also the Secretary-General  of National Trades Union Congress (NTUC).

“Every week since, I have visited many companies, met numerous bosses, heard from many union leaders and spoken to many workers. Their concerns are more often than not similar – how will their companies survive the competition; and what jobs can our workers have tomorrow.”

We have also seen headlines like “Bank jobs in Singapore under pressure” and “Bearish markets see Singapore stocks plunge, STI closes 57 points low“, all showing signs of an inevitable downturn.

He also stressed on the need to embrace technology.

“Technology has changed people’s reading habits. Many of us no longer read the newspapers or books in hardcopy any more. Clearly, there are fundamental changes going on in this industry and our companies and workers will have to adapt quickly to survive. Technology has similarly changed many other consumer habits, creating new demand and destroying old ones. We may not be able to keep all the old jobs but we must try to create new products and explore new markets to create new jobs to survive.”

Here are some noteworthy quotes from Minister Chan:

And our favourite quote from Minister Chan?