90% Singaporeans Use Their Smartphones In The Toilet, But Only 10% Clean Them! 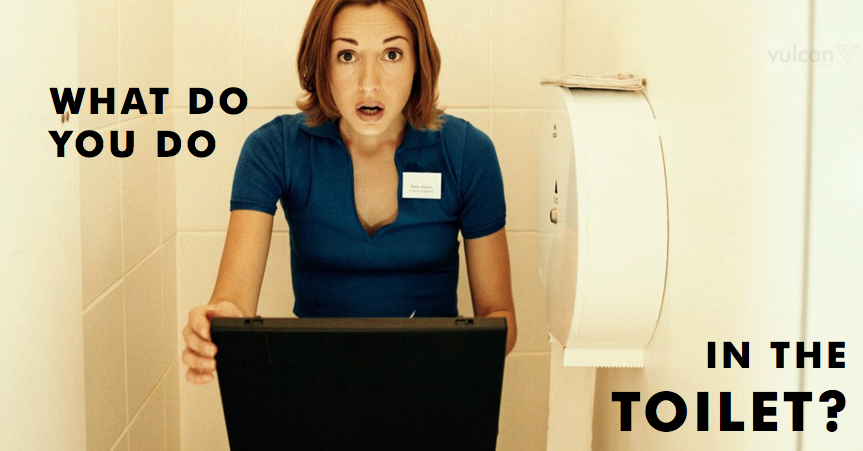 With these insights, the team of four final-‐year students from NTU’s Wee Kim Wee School of Communication and Information pioneered a campaign, Hello, Hygiene?, to promote good hygiene amongst smartphone users in Singapore.

“While we were researching on personal hygiene and germs, we chanced upon an article on The Telegraph about how dirty our smartphones really are, and that they can even harbour faecal matter. In fact, a British study found that our phones have 18 times more germs than a public toilet seat,” said team member Eenette Wong, 23.

According to Singapore-­‐based media agency We Are Social’s Digital in 2016 report, Singapore has 85% unique mobile user connections, the highest in the Asia Pacific region, and smartphone users make up the bulk of mobile phone users in Singapore at 88 per cent. “This is why our team feels that it is important for us to monitor how we use our smartphones,” remarked Wong.

Here’s a video of it:

In partnership with the Health Promotion Board, the team is also raising awareness on personal hygiene, in particular about stopping the spread of infectious diseases by practising HPB’s F.I.G.H.T. steps: frequent hand washing, immunisation, going to the doctor, home rest, and tissues and masks.

The team will be distributing Personal Hygiene Kits containing items such as alcohol swabs, antibacterial wipes and tissue packets at various locations throughout Singapore to target various age groups of smartphone users and raise awareness for the campaign. These locations include tertiary campuses from January to February, and the central business district (CBD) as well as heartlands from February to March.

Collection of your #dirtiestsecret at SMU – where’s the dirtiest place you’ve put your phone?

Interested to be part of the movement? You can keep updated on the Hello, Hygiene? campaign by following them on Facebook.

Also Read
This Is What Singaporeans Are Really Up To When They Visit The Toilet
Categories: Lifestyle, Opinions, Must Read, Singaporean, Editor's Picks