Robin – The Only Smartphone Which Magically Stores Your Inactive Files In The Cloud! 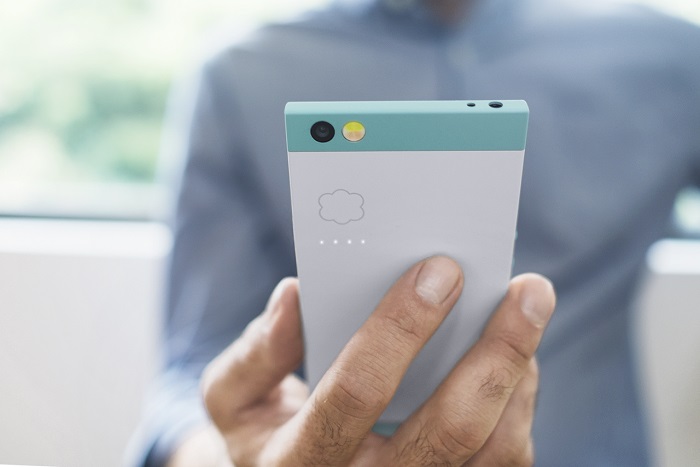 Today, we are going to talk about Robin.

Tall, one-of-a-kind, sleek, and dazzling, Robin is so smart that she knows when to give you the extra space even when you don’t ask for it. Well, you can say that Robin is pretty awesome for a smartphone if space is your utmost concern.

Robin is one of the only smartphones to have cloud memory fully integrated into its Android operating system, allowing it to make space for the applications and documents you need seamlessly. It gets you access to your files without having to compromise, by tapping on its 32GB internal and 100GB cloud memory simultaneously.

Here’s a look at Robin:

It does this by picking up on your usage patterns, and will cleverly archive applications or photographs that haven’t been opened in a while, to make space for newer applications. Files that have been archived can be restored right away at a touch, no troublesome computer syncing required.

Internal technical specification wise, it is powered with the stable Qualcomm Snapdragon 808, has 3GB worth of RAM and a battery capacity of 2680mAh, a comfortable amount of specifications to keep up with any multitasking whizz.

Just two small dents on its rather impressive technical specification list, its display quality and charging cable. While others are already running on LED with 4K resolutions, Robin sadly only has a 5.2” LCD display. Although it is definitely good enough to watch shows and play RPG games with minimal pixilation, it just doesn’t quite cut it. Also Robin uses a USB 3.0 Type C cable for charging and they are not common. If you often find yourself in urgent charging situations, either keep a spare cable in your bag or this is might be a huge problem.

Another special feature of Robin is that it is sold unlocked, so no matter where you are travelling to next, it will work. Robin has just started shipping internationally, retailing for US$399 and available in Mint or Midnight.

Being someone who chooses a smartphone based on its technical specifications, Robin does seem rather enticing for a mid-range smartphone. Although I am both amazed and enticed with how Robin is able to constantly tap between internal and cloud memory, I am not 100% sold on it. There is a grand total of 132GB worth of memory with the Robin, which is just a slight 4GB more than the iPhone 6s or Galaxy S6 – which isn’t exactly a lot if you have tons of pictures or video files on your device.

What do you think of Robin? Would you buy it?

Also Read
90% Singaporeans Use Their Smartphones In The Toilet, But Only 10% Clean Them!
Categories: Products, Lifestyle, Geek