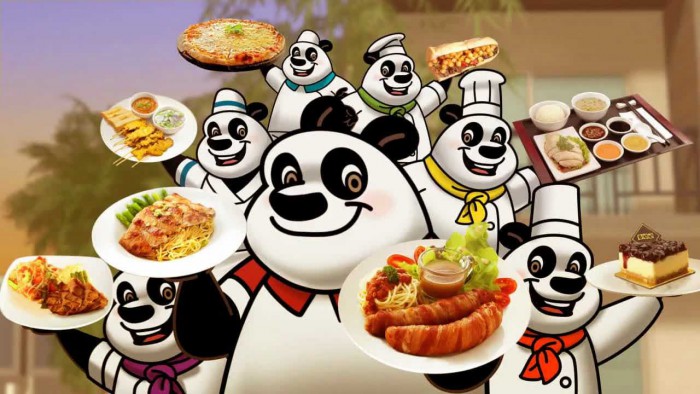 A global online food delivery marketplace, foodpanda and its affiliated brands, hellofood and Delivery Club was founded in 2012 and currently operating in more than 40 countries. The service allows users to order food from eateries in their neighbourhood via website or mobile app. Users can easily pay online or cash upon delivery. The website and app also allow users to have a quick peek at the food pictures, reviews from other users as well as the current promotions from eateries.

Ralf Wenzel, co-founder and managing director of foodpanda, said that this milestone has proven that the future of food ordering lies in mobile, and the company is best positioned for that direction.

“We are living in revolutionary times whereby people start to spend more time in front of their mobile phone screens rather than in front of a TV or in front of a desktop computer, especially in emerging markets.

“Mobile fits our strategy to offer food delivery and take-away at any time, for everyone and everywhere and it allows us to directly engage with customers whenever they get hungry: in front of their mobile phones,” he added.

The company has continuously increased its focus on mobile after releasing its next generation food ordering app last July. The free app is available on iOS, Android and Windows mobile phones over 40 markets worldwide. Since the first app launched in 2013, the mobile shares have been increasing consistently. Currently, 60% of foodpanda’s food orders are received via mobile devices, according to foodpanda Malaysia.

Despite this milestone, it seems that there are still traditional brick-and-mortar food outlets in Malaysia that aren’t open to idea of the service just yet.

“It’s a mixed bag – obviously some restaurants are more forward thinking would step in immediately and some others find it hard to evolve with changing times. I think our best “advertisement” are satisfied restaurant owners and customers who would recommend restaurants to sign up with us,” a representative from foodpanda told Vulcan Post.

Currently, foodpanda has more than 10,000 restaurant partners in 14 Asian countries. The company is looking to increase to 20,000 partners and reach more than 200 Asian cities by year end.  They are also looking at working with restaurants in new ways.

“We are currently automating more restaurants with GPRS boxes,” said a representative from foodpanda, “This enables the ordering process to be fully automated with minimal interaction between the call centre. This cuts down our processing time by almost 40%. With more new restaurants coming in and better awareness among restaurant owners and consumers, we are getting a lot more referrals and call in’s.”

The mobile app can be downloaded for free – Android, iOS and Windows.

It started as a home art class, now this Malaysian’s brand has expanded to 21 countries

Zilingo COO resigns, the latest in the troubled startup’s string of high-profiles departures

These 4 M’sians chose careers in hip-hop over more conventional professions, here’s why