5 Exciting Developments We Can Look Forward To, Once 5G Is Fully Implemented In M’sia 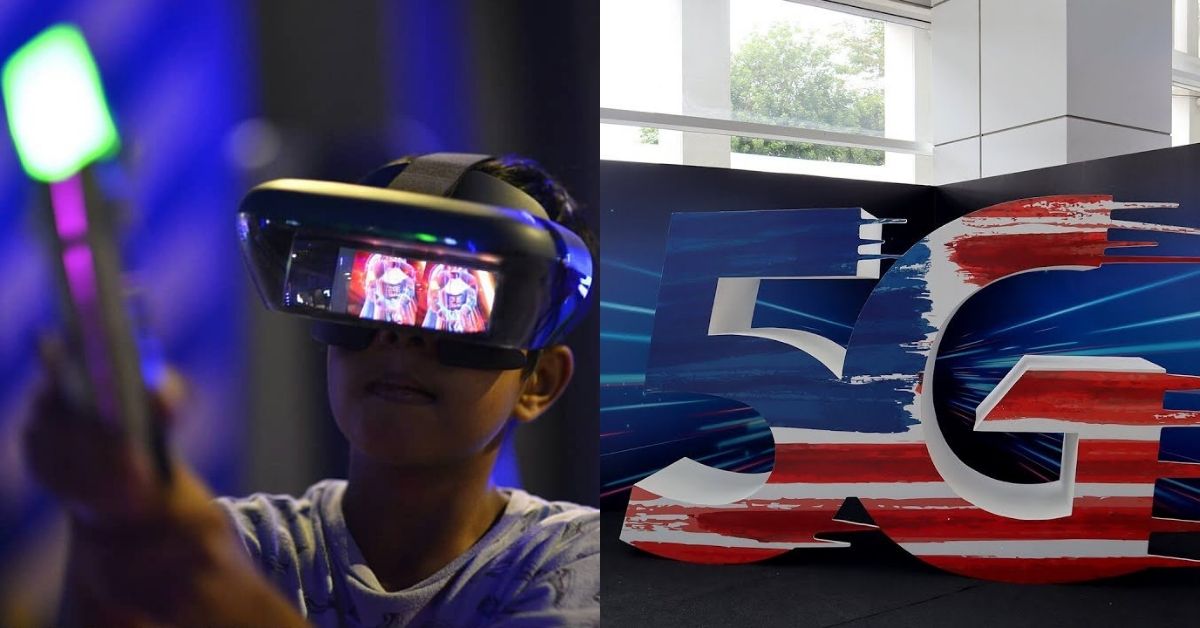 With the RM5 million 5G Ecosystem Development grant announced at Budget 2020, it will be interesting to see the kind of technology being developed in a 5G-enabled era.

Based on international examples, here are some areas that I believe 5G will impact as Malaysia continues its digital push.

With Maxis leading the charge to implement 5G network services in Malaysia, we will be glued to our screens even more.

The upcoming Vivo Nex 3, for instance, will quite possibly be the first 5G smartphone in Malaysia, allowing us to enjoy all the perks of a 5G connection as soon as its available.

Streaming isn’t just for movies or TV shows either. With 5G, cloud gaming becomes better, since its on-demand video game streaming at 4K resolution has high data requirements that 4G is unable to fulfil.

Dictionary Time: Cloud gaming refers to a game that resides on a company server rather than on the gamer’s computer or device.

You may even be able to stream in 8K resolution soon, as Huawei is rumoured to be working on the world’s first 8K 5G TV. The TV will use 5G to overcome the difficulties of streaming data-heavy 8K content and 360-degree videos.

Speaking of screens, let’s talk about AR, a topic that may excite gamers like me more than anyone else.

Companies like Hado Malaysia and The Rift show the viability of AR-enabled games with current technology, but imagine what can be done with better speed and connectivity.

Outside of gaming, AR has already been tapped into, to ‘augment’ the healthcare sector.

The very first tech of this kind in Malaysia may come from the 5G OpenLab, a collaborative space for the testing of 5G-enabled technology.

One of its first participants, CREST (Collaborative Research In Engineering, Science and Technology) is testing the use of 5G in healthcare, such as in remote surgery.

Doctors in China have already used 5G to perform remote surgery, inserting a stimulation device in the brain of a Parkinson’s patient from over 3,000 kilometres away.

It’s like a scene straight out from a sci-fi movie. Once it becomes widespread, 5G may allow doctors to conduct procedures no matter where their patients are.

We hear about driverless cars every now and then as trials are taking place all over the world.

Whether driverless cars can ever truly be safe is a topic up for debate, but it is a moot point if they cannot stay connected at all times.

5G could result in the creation of better, smarter, and ultimately safer autonomous vehicles that can instantly re-route, avoid accidents, and keep our streets safe.

Locally, Proton and Celcom have already collaborated to build their own 5G-enabled, driverless Proton Exora, joining a long list of international companies planning to make use of the network’s higher speeds.

Telekom Malaysia has also started testing Smart Traffic Lights using 5G in Subang Jaya that will rely on sensors rather than timers to direct traffic.

Much that was said about driverless vehicles can be applied to automated drones.

In Malaysia, automated drones may be used in postal and courier services within the next five years, following in the footsteps of countries like Switzerland who have been using them since 2017.

Overseas, automated drones have already been tested in a multitude of routine or dangerous tasks such as:

But it may be our local agriculture industry that will see the earliest use of these flying robots, as companies like Kambyan Network push to provide autonomous drone support, starting with oil palm plantations.

On a less consumer-facing front, the manufacturing industry may benefit the most once we have an integrated 5G network, according to Deputy International Trade and Industry Minister Dr Ong Kian Ming.

5G is not simply about speed, but also the ability to connect more devices and support applications that could help businesses. This means that businesses could effectively monitor and control everything in real-time.

Take for example the UK’s first live 5G factory. The Worcestershire 5G Testbed is testing how manufacturers can use 5G for anything from factory floor production, reconfiguration, and real-time analysis to controlling a machine’s movements from a remote location.

Both local and foreign companies in Malaysia are already collaborating with SMEs to transform their traditional manufacturing facilities into smart factories.

This is particularly relevant, as the manufacturing and services sectors were the main contributors to Malaysia’s economic growth in 2018 with a combined shared of 79.1%.

5G is still at the forefront of speculated technology in Malaysia and it will take time for these innovations to truly become reality.

There are also challenges that would have to be addressed before 5G can be properly implemented in Malaysia, according to industry experts and leaders.

In the meantime, I look forward to the day when I can just sit in my self-driving car, playing an AR game on the windshield while a drone is on its way with my McDonald’s Happy Meal.

Also Read
Can You Spot 7 Unexpected Places Where Sinus-Triggering (Air)nemies Are Lurking?