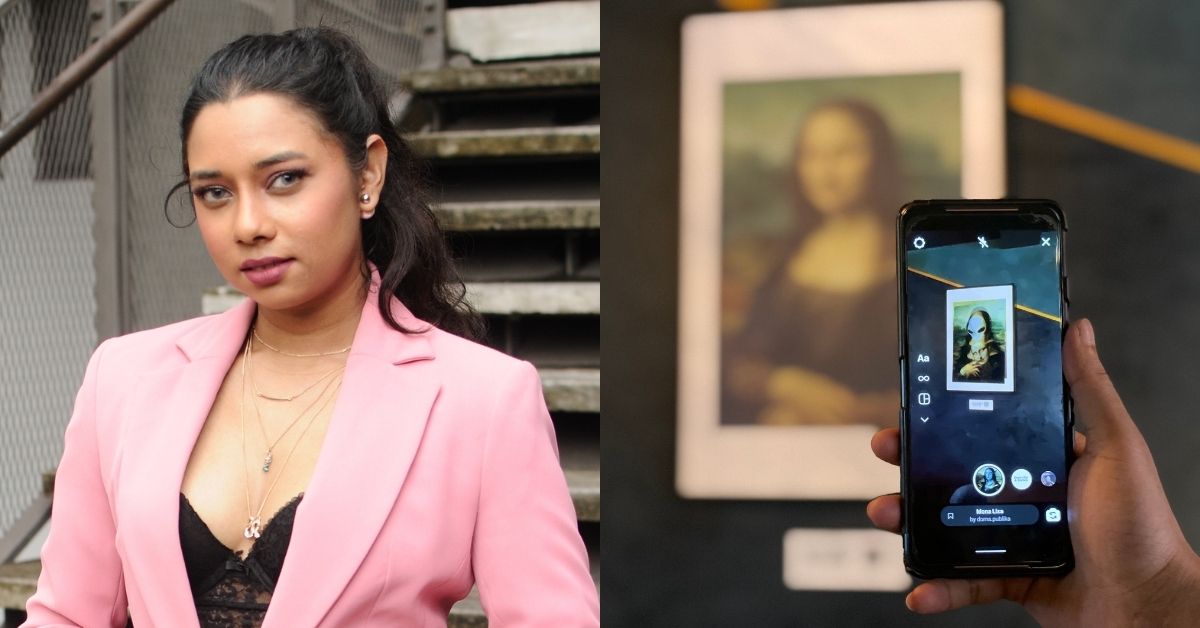 Dom’s Bar & Kitchen (Dom’s), launched on New Year’s Eve 2020, was Jennifer Stephen’s first F&B venture. At the time, she had thought the pandemic was getting better, hence why she went for it.

Unfortunately, the reality was that it would be closed for almost 6 months in 2021, particularly as the pandemic worsened and Malaysia went into a state of emergency.

“It was hard and very demotivating, and I honestly thought there wasn’t a light at the end of the tunnel, and that it was about time to let [Dom’s] go and find a seller to take over,” Jennifer recalled.

What made it worse was that this was a venture that fulfilled a long-time ambition—to use her IT knowledge for F&B experiences.

Fortunately for her, she had a good support system that also motivated and encouraged her to pull through it. During the downtime, Dom’s underwent various improvement processes to prepare for future dine-ins, but more on that later.

Previously, Jennifer had experimented with creating QR codes for ordering food in-store and online, but she felt it was something old and common. She craved something different.

To brainstorm ideas, she roped in her good friend and social media manager at the time, Noeline Annabell (Noel), who founded Pink Matrix, an augmented reality (AR) marketing and branding agency that specialises in AR filters.

Before we arrive at what they ended up doing, we have to rewind the story a bit. Jennifer personally designed the interior of Dom’s without a professional’s help, and when it opened, she received some feedback.

Some guests pointed out that a long stretch of wall in Dom’s felt empty despite its abstractly painted design.

“And we were back to the drawing board discussing and I knew I wanted to hang some pictures. But the question was what pictures?” Jennifer recalled.

The aha! moment came when one of her team mentioned moving art. Ultimately, the decision was made to hang famous classical images like the Mona Lisa and the Girl with a Pearl Earring up.

While they would look ordinary in person, they would be transformed with just a phone and the power of AR filters, created by Noel and her team at PinkMatrix.

“As per my knowledge, while the painting itself may be owned by a particular person or agency, the image depicted on the painting is not protected under copyright,” Jennifer assured.

“I have also used an image that has been recreated by graphics of the famous painting instead of the real photograph of the image,” she clarified.

Aside from the artwork, Dom’s incorporates AR in its menu, whereby guests can scan it to see 3D models of their drinks and food instead of just pictures.

Dom’s also offers an AR game called “Game Night” to guests to replace card games during social meetups, but that was created prior to the artwork and menu filters.

All these make Dom’s the first AR bar in KL, Jennifer believes. She may be right, as a Google search for something similar only brings up an old experimental reel for a VR café ordering system by Agmo Studio, and AUGMENU, a mobile app prototype made by UTM students in 2017, both of which do not seem to have materialised into a substantial F&B business as of today.

Themed restaurants are by no means a new concept, even in Malaysia. From Dining In The Dark to the roster of novel dining experiences brought by TwoSpicy Entertainment such as Le Petit Chef, Dinner in the Sky, and Plane in the City, you could say that we are not found wanting.

Yet the majority of these experiences are dependent on one’s surroundings and aren’t exactly interactive in nature. Perhaps what comes closest thus far is Le Petit Chef, which I had personally tried in 2019.

It was an enjoyable time, but the experience consisted largely of watching a tiny 2D chef go on adventures, played out on your table by projectors on the ceiling. You couldn’t actually do anything with him or to him.

On the other hand, Dom’s AR requires you to put in some work to reap the rewards, and you can freely move from one experience to another, or replay them. By definition, that’s interactivity.

While I haven’t been able to visit Dom’s myself yet to see its offerings for myself, it’s a welcome addition in the world of entertainment tech blended with F&B.

Perhaps it could even pave the way for more interactive restaurants in Malaysia down the road, but it’s important that they each find a concept that actually sticks.

More than just entertainment and F&B

Being an F&B business first and foremost, however, means that there still has to be an emphasis on the food too.

Having AR elements could draw in crowds (mainly younger ones that are active on Instagram), but if the food isn’t decent, it’s likely they won’t come back just for the entertainment.

To that end, Dom’s utilised its closure during MCOs to invite industry experts in food and cocktails to upgrade their menu and sharpen their staff’s skills via training.

“We also had a supplier come in and educate our staff on wine etiquette and all the products that are served in Dom’s,” Jennifer added.

In terms of cuisine, Dom’s offers a familiar Western menu befitting its Publika location with average prices to match, making it an option even for those who don’t come for the AR fun.

“A lot of times, we have seen millennials and Gen Zs bring in their families for celebrations and dinners too. Some of our not so tech-savvy customers come in just for food and drinks [without even being] aware of the AR elements,” Jennifer mused.

In the long run, she wants Dom’s to be more than just an F&B brand, as she sees potential in expanding into e-commerce and YouTube content too.

A YouTube channel is actually already in the works to display Dom’s AR filters, and Jennifer wants to do fun, interactive interviews with female leaders in Malaysia.

“I’m a women empowerment enthusiast, hence why female leaders,” she said. The full-time IT lecturer at Sunway College added, “Hopefully, this would encourage the younger generation [of women] to pick up occupations that are in a male-dominated industry like I did.”

You could say that Dom’s Bar & Kitchen is just the start.