Meet the M’sian drone startups aiding in flood relief efforts, and what they’re tasked with [This is a sponsored article with MRANTI.]

As 2022 draws to a close with us in the midst of monsoon season, one can’t help but think back to what happened during 2021’s year-end holidays. It was one of the worst floods Malaysia had experienced in years, which resulted in overall losses of RM6.1 billion, according to the Department of Statistics.

Starting with heavy rains on December 16, the storm continued without an end in sight for several days. This resulted in floods that wrecked properties and vehicles, leaving people stranded, missing, and deceased, with thousands displaced.

It got so bad that it took momentous efforts from the government, along with the public and private sectors to extend help medically, through donations and fundraising efforts, as well as volunteer-driven clean-ups.

Despite the government’s best efforts, which include allocating RM174 million to the National Disaster Relief Fund during Budget 2023, natural disasters can still be unpredictable.

These parties will do so through the Pasukan Tindakan Kecemasan Khas Dron (PTK2Dron) initiative.

PTK2Dron was set up by the Ministry of Technology, Science, and Technology (MOSTI) in 2021, after the flood that happened in Sri Muda and Hulu Langat, Selangor.

The flood relief initiative is working with drone and tech companies reviewed and approved by the Civil Aviation Authority of Malaysia (CAAM), and Department of Survey and Mapping (JUPEM).

Those selected have been assigned to conduct surveillance, monitoring, and delivery services in designated flood zones throughout Malaysia.

Here are five such companies that were vetted based on their capabilities, equipment readiness, and track record in conducting projects within similar conditions.

Founded in 2014, Aerodyne now has a presence in 32 countries globally, including Australia, the US, UAE, India, Japan, Kazakhstan, and Indonesia​.

Aerodyne was an early partner of MRANTI’s during the December 2021 flood relief in Sri Muda, and Hulu Langat, Selangor.

At the time, the company was engaged by the Selangor state government to assist in monitoring floods in the state. These partnerships eventually led to the start of PTK2Dron.

It’s beneficial as the drones can capture footage in places that helicopters cannot go, like air spaces lower to the ground, closer to buildings, and between trees. Drones are also faster to deploy and cost a lot less than helicopters.

Aerodyne’s drones are equipped with various sensors such as RGB, infrared, and thermal ones to identify victims whether day or night, helping rescuers know they are entering the right areas.

“With additional input through this flood aid mission, our AI can provide insights and intelligence with higher accuracy,” said Aerodyne’s founder and Group CEO, Kamarul A Muhamed on how this initiative can help in furthering the company’s tech.

“This will assist in future disaster management such as predicting water flow direction prediction and even predicting possible disasters.”

While HDR has drones that provide services like 3D mapping and surveying to its clients, MRANTI has assigned the company to deploy its ROVs for the PTK2Dron initiative.

These ROVs will search for victims in underwater environments that would otherwise be risky and too constricted for human divers to navigate.

Without putting any lives at stake, scouting activities can be done from a distance using the underwater robots’ sonars and cameras.

Furthermore, the ROVs can travel in water depths of up to 150m, solving the challenge of divers who can only reach 30m.

Hidrokinetik was founded in 2019 for designing, manufacturing, and operating its line of Unmanned Surface Vessels (USVs), AKA autonomous boats.

Its USVs are mainly used to find safer and more efficient alternatives to conventional hydrographic surveys (studying bodies of water to see what the “floor” looks like).

The team was granted permission by DBKL to use the Metropolitan Lake in Kepong as a test bed for their tech.

Other than using its hydrographic surveying tech to monitor changes in the water for PTK2Dron, Hidrokinetik’s unmanned boats can also be involved in operations such as:

“Our expertise in marine robotics and surveying systems allows us to enhance a small portable vessel (boat) in moving remotely or autonomously with precision while transmitting sizeable real-time data,” explained Mirza Hamza, CTO of Hidrokinetik.

In addition, Hidrokinetik’s USVs have a customisable payload, giving its boats the ability to incorporate surveillance technology and deploy its USVs into hazardous flood areas to search for survivors.

Mirza shared that participating in PTK2Dron could encourage Hidrokinetik’s team in rolling out a specialised search and rescue USV fleet to answer emergency calls, should the country need it.

KANZU was established by Dr. Noralfishah Sulaiman (Dr. Nora) in September 2014. It was founded as a scientific research group under Universiti Tun Hussein Onn Malaysia’s Department of Real Estate, Faculty of Technology Management and Business.

One of KANZU’s D-DRR programmes, MOBILISE, can be used for the PTK2Dron initiative. To put it briefly, MOBILISE is a digital infrastructure that helps disaster management agencies reduce the impact of floods, landslides, earthquakes, and the like, on communities.

MOBILISE can be used in PTK2Dron’s flood simulation exercises to prepare first-response teams, agencies, and communities in the event of real disasters.

The tech can also geotag the locations of vulnerable individuals like the elderly, bedridden, disabled people, children, and pregnant women.

This can assist agencies in dispatching help quickly during search and rescue efforts, as well as delivering medicine to these groups during the floods.

Founded in 2017, Meraque began as a UAV operator in Facilities Management Building Services. The company has since ventured into other industries like agriculture, telecommunications, entertainment, and logistics.

Like Aerodyne, this isn’t Meraque’s first foray in assisting with flood relief efforts. Previously, its team collaborated with Pharmaniaga and the Ministry of Health of Malaysia to deliver medical supplies in flooded areas via its Drone Delivery Services.

Joining PTK2Dron, Meraque has the capabilities for surveillance, along with delivering goods and supplies of up to a 7kg payload.

Based on the performance and results from this mission, Meraque’s team will use their findings to improve their processes and tech for future initiatives.

Malaysians are an empathetic bunch, and it’s part of our nature to help in times of trouble. This is especially so for those already equipped with the resources to send aid.

However, with helicopters and pre-assigned drones being dispatched, unauthorised UAVs from the public—no matter how well-intentioned—could jeopardise relief efforts.

Hobbyists who still wish to practise their flying can do so, but are advised to avoid no-fly zones and flooded areas throughout the duration of the PTK2Dron initiative so that relief efforts are not disrupted. Take note that there are no specific dates for the duration of the relief operations, as they are done when disaster calls.

Meanwhile, those who wish to actively help in these efforts can get directly in touch with MRANTI. The agency is looking to hear the public’s practical suggestions and solutions that can fit into the picture for present and future flood relief operations. 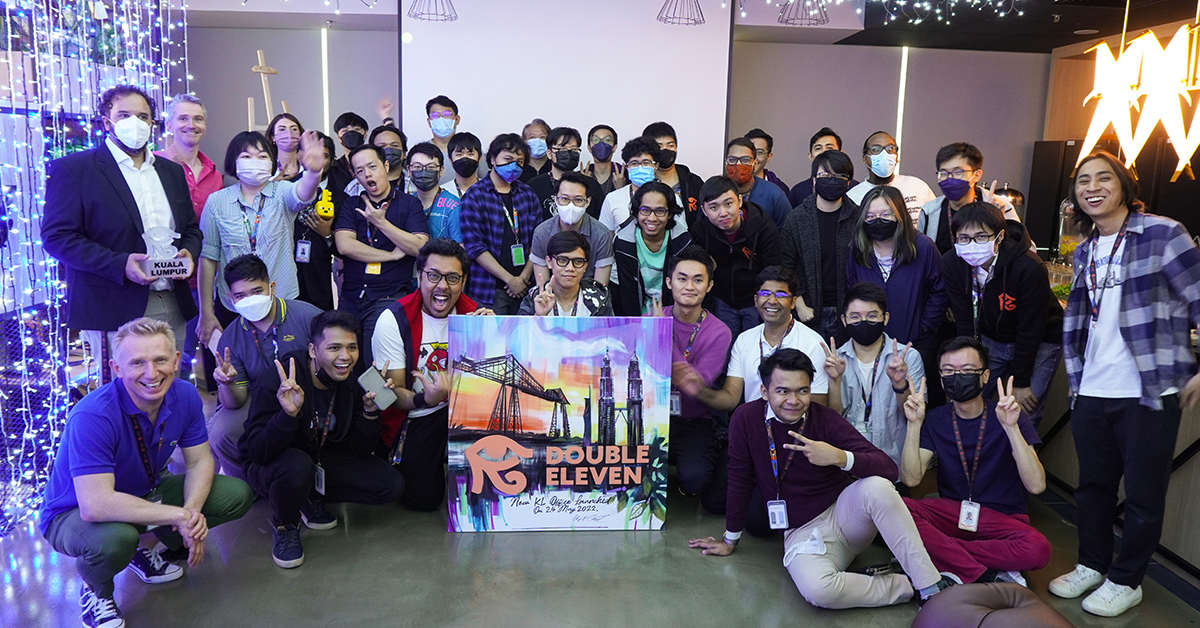