Kickstarter Pick Of The Week: Podo, A Re-stickable Camera That Puts The Selfie Stick To Shame 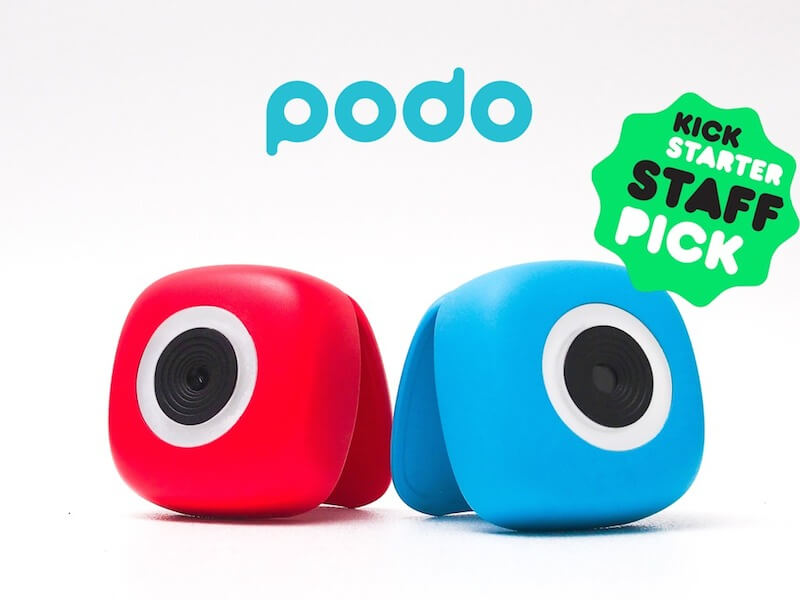 Here’s something you probably didn’t know about the selfie craze: it started in 2004, but didn’t become cool until around 2012. Earthlings from around the world — especially the Filipinos — are so fascinated with the global phenomenon that it has been reported that 93 million selfies are taken per day.

Naturally, there’s also been a rise in Google searches about “selfie” and “selfie sticks”. But here’s the thing: the selfie stick isn’t exactly practical. Your outstretched arm is often visible in the picture, and holding it usually attracts unwanted attention. So forget the selfie stick; here’s a Kickstarter product that works better by a mile.

Podo brings back the good old days of taking photobooth snapshots. It’s a wireless, bluetooth-connected, re-stickable camera that allows you to take pictures everywhere. Podo can also be attached onto any solid surface: cement, glass, wood, tree, you name it. You can even record a video on it (hello, GIFs!).

The Upstart Business Journal pretty much summed it up: “It shows something about our nature that we communicate through selfies, but when you use a selfie stick every photo looks the same.”

Personally, I don’t understand the overblown hype around selfies, but I have to admit that Podo is a refreshing take on the global obsession. And don’t me started on its quirky design — it’s so cute that I’d choose it over a quokka any day.

Here are the full specs of Podo:

Take pictures from every angle

“When we received our first investment, we were told they liked us but not our original app idea. We realized then that the problem we wanted to solve was right in front of us! From there we developed Podo.”

The Podo team compares the camera’s high-powered microsuction pad to a gecko’s feet: there’s no need to replace it — if it becomes dusty, just rub it clean with water and it’ll become sticky again.

You might be wondering: “What happens if the sticky pad is not in use? Won’t it get ruined?” Easy, the sticky pad is protected with a ‘freely rotating back flap’, which is also adjustable so you can take photos from any angle.

I bet the selfie stick can’t beat that.

Also read: Kickstarter Pick Of The Week: MAGNETIC, Revolutionary Paper That Sticks To Any Wall

Podo is so simple that even a tech-nincompoop would have no problem using it. For instance, a simple double-tap switches the camera on. You don’t need to worry about things like image stabilisation, as Podo is equipped with an internal accelerometer. This takes acceleration forces into account, ensuring that pictures will be taken perfectly even when you’re on the go.

When I asked Eddie if there were any important lessons he learnt from creating Podo, he said, “You can’t make everybody happy. It’s important to stick to your vision and not compromise the product by trying to appease everyone. And I think your team is the single most important factor in whether your product will get off the ground. It’s an absolute pleasure to work with everyone on Team Podo and they deserve all the credit.”

Podo will be delivered from August 2015. Can’t wait to get your hands on it? Check out these cool snapshots on its official Instagram page.