Why The Dell Venue 8 7000, The World’s Thinnest Tablet, Is Much Cooler Than Its Name 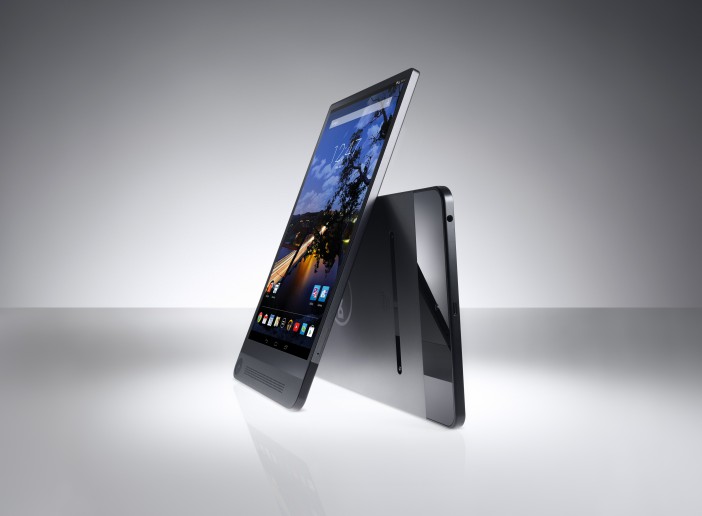 A week or so after it was launched in the US, Dell has finally brought its Venue 8 7000 to Singapore, lauding it the “World’s Thinnest Tablet”. And it is indeed the thinnest contender in the lightweight tablet championship, measuring only 6mm in thickness and housing an 8.4-inch OLED infinity edge-to-edge display with 2560 x 1600 resolution.

The display is sharp and vibrant, but the lack of bevel might be a slight problem when using the tablet for landscape photos — users may find that their fingers cover the camera, unless they hold the tablet with their fingertips.

According to PCWorld, there is also a microSD slot that can accomodate up to 512GB of microSD storage. The internal storage on the Venue 8 7000 is only limited to 16GB.

A key feature of the Dell Venue 8 7000 (the name is quite a mouthful) is its Intel® RealSenseTM Snapshot Depth camera which captures a depth map for every picture taken. This means that you will have greater room for photo editing, and have more accurate proportions of objects in your photos.

This is good news if you have friends who are constantly asking whether they look more bloated in photos. The 8MP main camera and two 720P cameras on the tablet will now do the dirty work for you.

Aesthetically, the tablet looks really cool with its clean lines and anodized aluminum finish. Targeted at professionals, the tablet also looks to be a no frills, no-nonsense device that can be brought into any workspace.

Compared to other thin tablets in the market like the iPad Mini and Samsung Galaxy Tab, the Dell Venue 8 7000’s software is ordinary and acceptable — no surprises. It runs on Android 4.4 “Kit Kat” OS, and has a speedy web browsing and photo-editing software, thanks to the latest Intel® AtomTM processor Z3500 series.

In the end, it’s all a race in minuscule measure, and it won’t really matter to most of us, unless you’re that sensitive to the couple millimetres difference in thickness.

Overall, I’d say that if you are very particular about the thickness of your tablet, then by all means, go with Dell’s latest offering. After all, the few millimetres freed up by this tablet could definitely save you some space, especially after taking into account tablet cases and other accessories.