As SG50 Comes To An End, I Had The Most Honest Conversation With My Parents 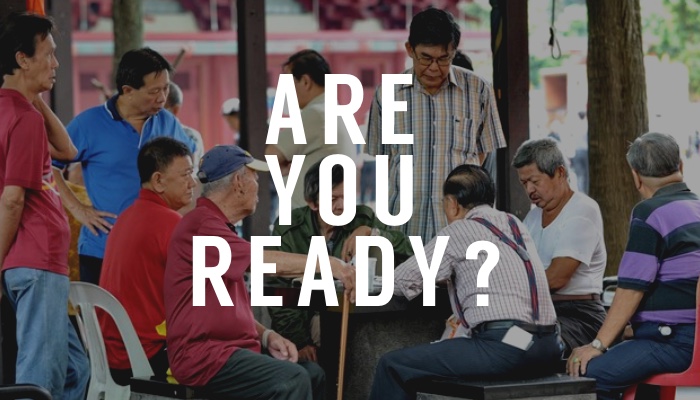 “Ma, are you ready to retire?” I asked my mother after dinner.

I was met with silence. The television played on with its SG50 ads blaring in my face. “Singapore only 50 years old, still so young,” she said. I held her hand and began to assure her that things were going to be all right.

My mother is a hard worker. She brought us up on a diet of hard work and sacrifice. Life in Singapore will always be about the hustle, she says. Putting all of us through school and making sure to have enough for the household, Mother is always telling me to think ahead, to prepare for the future, and to be ready for old age — and I began to wonder if one day I would do the same to my children.

Times were different then. I understood this very well. In the 80’s, Singapore’s technological journey was still in early days. The 90’s saw the convergence of information technology with telecommunications, which transformed the workplace and everyday life in the country. And though it might be hard to imagine how life was without the Internet and advanced technology, our forefathers are testament to those days.

Independence, nation-building, social and welfare campaigns — they’ve gone through it all. It wasn’t all rosy and breezy in the early days of young Singapore; often, the people had to fight for what was best for them. Our parents were products of this generation, and by the time it was their turn, most of the wars and battles had already been fought. Globalisation and rising affluence have exposed us to more opportunities. Our parents and grandparents have cleared all the obstacles for us to succeed.

We fight a different sort of battle now.

These days, we often take Singapore for granted. We live and breathe the buses that go on schedule, the drink orders taken for us at a coffeeshop, the bustle in the household on Saturday mornings, the lifts that take us up and down to the ground in our box-like HDB flats — it’s so in-built to our daily routine that sometimes we forget. We forget that not everything revolves around us.

But I know now. I know from when I lost my father, and had to be the sole caretaker of my mother. She was still working then, but I, along with my sister, were her pillars of support. I knew that one day Mother was going to retire, and I wanted her to know that life would not — and should not — be over for her with retirement.

When I was younger and had just entered the workforce, my mother nagged often about the importance of CPF. About how it would help us in buying a house, pay the hospital and medical bills, and prepare us for the dreaded R word — Retirement.

“I’m not even going to get married or fall sick soon Mom!” I used to retort.

The Future Is Ours To Make

It’s no secret we’re all part of an ageing population. It’s both good news and bad news — a mixture of high life expectancy rates and a shrinking ageing workforce. As more hit the retirement age, I find it funny and a little ironic how the tables have turned. It is me now who worries for my mother. Will retirement suit her? Do I have to be the main provider for the family? How much does she have in savings? Is her CPF payout adequate? And most importantly, will she be fine?

With a mixture of good intention, guilt, and uneasiness, I assured my mom that with a good track record of employment and her savvy money-saving skills, she should be eligible for CPF LIFE. This would give her a monthly payout from retirement age. I knew that I was eventually going to have this talk with her, but I did not know why it made me so nervous.

She read through the website I had open for her — the R Chat Campaign initiated by CPF to assist in retirement planning — with her bifocal glasses, drumming her fingers softly on the coffee table and taking in all the information. It was a well thought-out and resourceful site, one that I did my research on before deciding to talk to my mother about it. From CPF contribution calculators to life events and milestones, it was comprehensive, and a reminder that it is important to plan for the future.

An audible ‘hmm’ and sigh later, she turned to me and said, “Boy, don’t worry about me. I’m ready, I’ve spent the last few decades preparing myself.”

I was in awe. I realised now that me worrying about her future was a projection of what it’ll be like when my time came. Would I be ready, and as calm as her? I would like that very much. Is it too early to plan for retirement? According to the R Chat campaign, it’s not. I guess I should get started.

Interrupting my train of thought, my mother called out to me. I looked over at her. Slightly frail, but strong. The wrinkles now more pronounced than ever, but she still insists on her monthly salon treatments. Shifting in her seat in front of the now muted television, she said, “ I’m glad we had this talk. Come, let’s make some tea.”