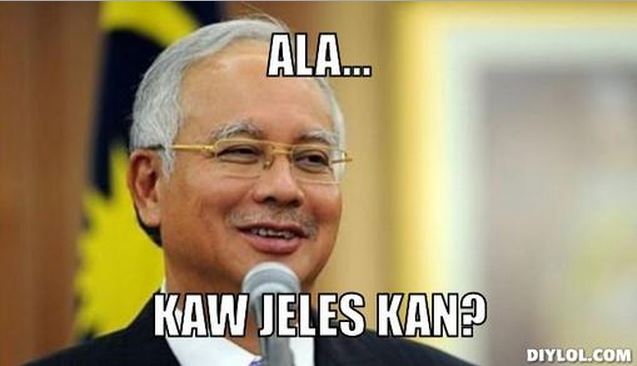 The International Anti-Corruption Conference is the world’s premier global forum to bring together heads of state, civil society, the private sector and to tackle the increasingly sophisticated challenges posed by corruption.

Held every two years in a different part of the world, the conference last met in Brazil in 2012. This year the conference is back, and the IACC has set the dates for the conference from September 2 to 4, in none other than our beloved country, which is currently in the middle of the worst financial scandal in our country’s history. And one of the speakers happens to be Prime Minister Najib Razak.

Our country has many achievements to be proud of. However, ranking as one of the most corrupt nations in the world is certainly not in that list.

The decision of appointing PM Najib as one of the speakers has lead netizens up in arms on the IACC Facebook page to question the credibility of IACC. A Facebook post in particular that was about Najib’s alleged secret USD700 million was hit by negative feedback and responses in the comment section.

Another user Wayne Cheah wrote,”Is it just me or you really expect him to share his expert experience how to steal country’s wealth? Inviting a thief to give speech how to anti-theft, what a irony.”

DAP supremo Lim Kit Siang has also voiced out his thoughts on such decision in a statement reported by Malaysiakini. “The 16th IACC is very lucky for it will have the special privilege and honour not only to have a major participant but the key player of 1MDB scandal to give the keynote address,” said Kit Siang.

Sarcastically he also suggested the heads of the MACC, Bank Negara, police, as well as the Attorney-General’s Chambers to speak at the event. “They should appear before the IACC sessions to impart their experience and expertise to an international conference as they must be the only outfit in the world of subordinate officers investigating the number one authority in government and nation, the prime minister,” said Kit Siang.

Can corruption be eradicated by having the PM in IACC?

The timing of the conference is horrible. Especially now when the country is dealing with financial scandals. The PM is facing the biggest challenge of his leadership—even the risk of criminal charges. Allegations include him being involved in the election fraud of 2013, the murder of Shaariibuugiin Altantuyaa, the transfer of 2.6 billion into his personal account, and many others.

Najib being a speaker in IACC doesn’t help to instill trust among Malaysians, if anything, it makes it worse.