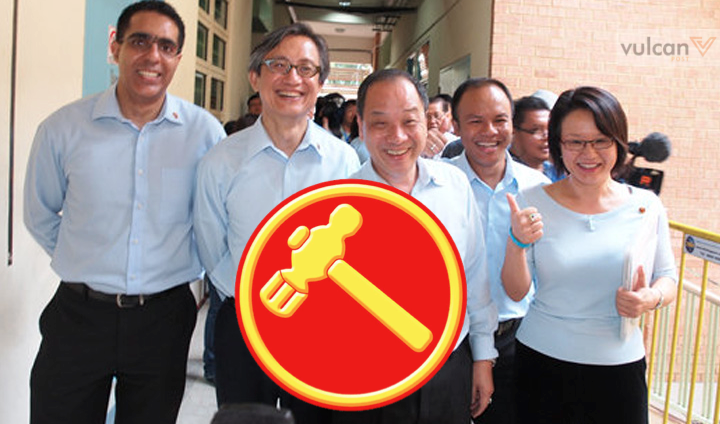 We’ve talked about Singaporean politicians using social media and technology as part of their strategy this General Elections, and about how we think apps are a great way to reach out to young voters. We’ve also introduced the PAP4SG app, with its informative animations and sticker cam (because why not?).

Well, opposition party Workers’ Party has also released their own app. Simply named WP News, the app is as basic and no-nonsense as its name.

It only has three tracks — Featured, In The News, and On The Ground. Featured shares the latest news from the party and announces the dates and times of new rallies, which is great for any supporter. If you take the time to scroll all the way back, you’ll even find biographies of the new candidates. Strangely, there’s no such information on more established representatives.

In The News contains copies of some press coverage they’ve received, but understandably not all of them. Still, it’s an alternative voice to the mainstream media, and functions as a great source for Workers’ Party related news (which is the purpose of the app in the first place). On The Ground is the most confusing track: it contains photos of candidates in poor resolution, coupled with what seems like a mini interview consisting of three questions, which seem a bit redundant. Nice try, though.

All in all, it’s a functional app which does what it sets out to do, albeit with poor organisation. It’s not the prettiest piece of work, but it gets some of the job done.

The fact that two political parties participating in this year’s General Elections have opted to develop their own apps is a good indicator of how far Singapore has come in welcoming mobile apps to our lives. Members of political parties — who are largely from the older generations — are now looking at the use of apps to connect with millennials and stay relevant, the way they have done so on social media.

Yet, the accessibility of information via these apps is still lacking. Sure, the apps exist, but discovering information through these platforms is tricky. While the WP News app does get its content from relevant news sources such as The Straits Times and Mothership.Sg, it’s not designed for optimal discovery — if I wanted to find a transcript of Low Thia Khiang’s rally speech, for example, the app would be unlikely to provide me with what I needed.

And while the PAP4SG app is great in providing PAP-sanctioned information such as their manifesto, introductions, and even videos, it’s so full of unnecessary bells and whistles (like that sticker cam) that it’s tough to find the serious information that voters need to make an informed decision.