17 Projects Showcased At JOMLAUNCH, A Demo Day By A FB Community Of 11k Developers 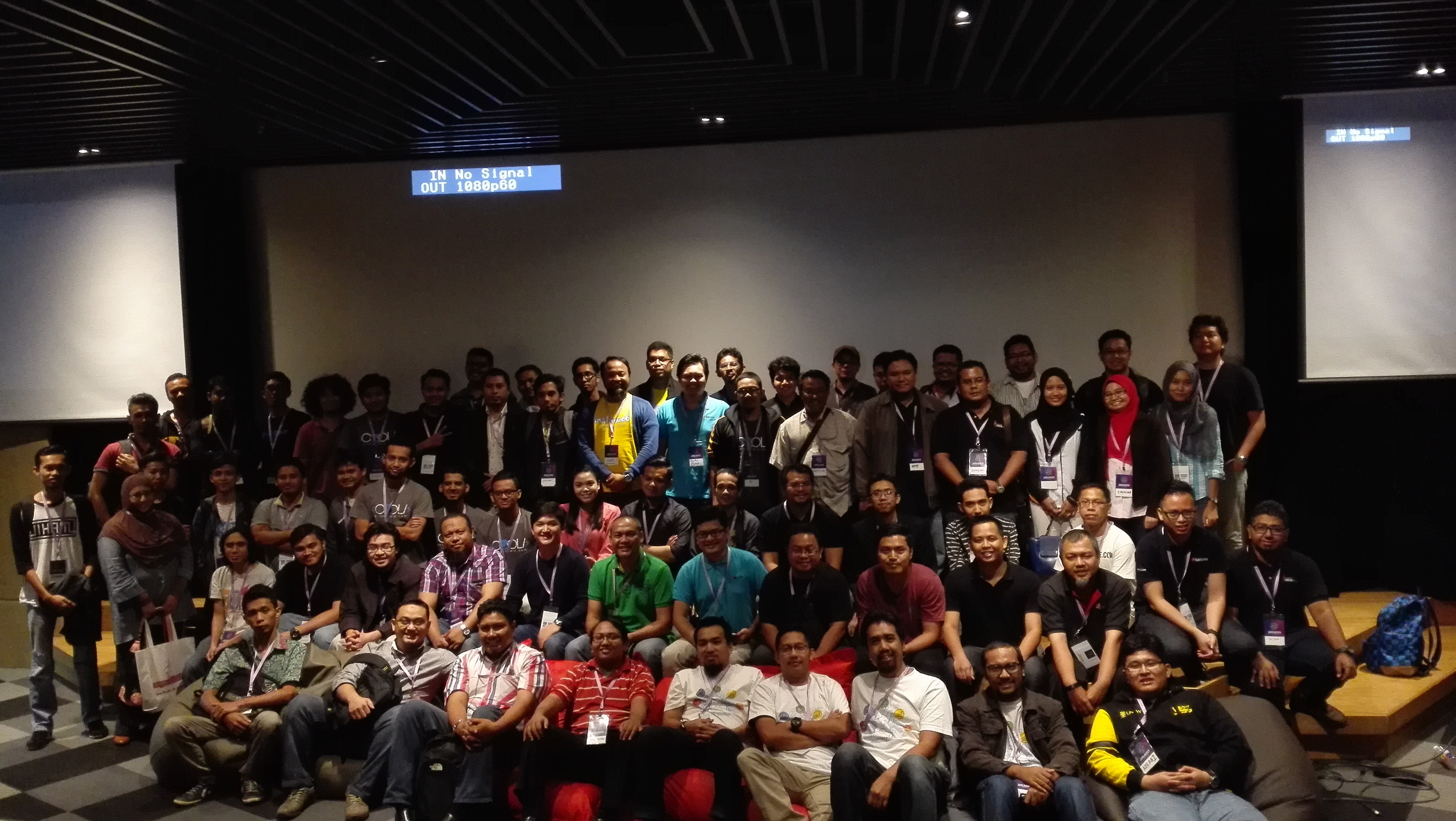 In April this year, 18 Malaysian projects were announced at JOMLAUNCH, an event organised by JOMWEB, a Facebook community that has since grown to 11,000 members from 8,000 members which include app developers, programmers, IT specialists, and IT students. JOMWEB’s community believes in the power of IT and they believe that the sharing of knowledge, skill and experience is important to bring the industry to the next level.

Since the last JOMLAUNCH event, some noteworthy projects have went on to greater heights, such as PostoExpress who have been operational for over 2 months and have completed 980 deliveries so far.

In the most recent installment of JOMLAUNCH, the JOMWEB community collaborated with Malaysian Association of Bumiputera ICT Industry & Entrepreneurs (NEF) to showcase projects that are produced by individuals and companies in the ICT industry. Volunteers from Evenesis, Katsana, Content Malaysia Pitching Centre and also Pixaworks were there to lend support to the event that would reveal 17 innovative projects from 4 categories: commercial, personal, open source, and community.

Here are some of the projects that were presented during the event.

Dobybox offers 24 hour laundry service to the public via lockers and a mobile app. Users can place their laundry in the locker and then use their mobile app to set the instructions (‘dry cleaning’, ‘ironing’, and more), place the order and make the payment. The Dobybox crew will pick up the laundry and return it back to the locker after being cleaned. Users can collect their clean laundry at their convenience, and laundromats can also use this system to increase their customer base without having to actually open a new outlet. So far there is one Dobybox located in MaGIC at Cyberjaya, it would appear that they plan to target the working crowd by placing lockers in office buildings and other places of work.

Qawal creates the hardware and software for self-service laundromats by allowing laundromat companies to monitor the amount of money inserted into a laundromat washing machine without the need to be on site. All the electronic wiring and circuits are built by themselves and the system allows laundromat owners to even control the washing machines from afar.

Octo House is a team that builds web and mobile applications and they have created several apps that are specially catered to online businesses that use Instagram. For example, they have Octogram which lets you upload and schedule photos to be posted on your Instagram account. Their recent product, Instagram Hero, helps you to obtain more followers on Instagram so as to better market your business.

MyPomen is a mobile application that displays all the car workshops that are near you. It’s very useful for drivers whose vehicles break down at unfamiliar locations. As for car workshop owners, this is a platform for them to promote their services. There are also reviews on the apps so that users can rate and share their experience with any one particular workshop.

Both these mobile applications are for recording your daily expenses. Ringgit.co is designed for personal use whereas Bootstrappr is more suitable for a group of people. Bootstrappr could be used by a team of people who are working on a project together and would like to record their individual expenditure for that particular project. This is handy when ensuring that the team sticks to a budget and to divide the cost equally later on.

PiMasjid was created to help mosques and prayer rooms to record and air their teachings and seminars live via the internet. This project was done voluntarily by a team during the weekends and at night with a hackathon that they named Code & Qiyam which goes on from 9pm to 9am. PiMasjid works by using Raspberry Pi and YouTube.

Also Read
This Startup’s CMO Has An Ongoing Workcation, Wants His 100+ Staff To Do The Same

LocumSlot works to overcome a problem for clinics and pharmacies that require the services of doctors, pharmacists, nurses, and general practitioners at certain available time slots at their premis. Clinics and pharmacies can use LocumSlot to state which working hours they have vacancies for and then medical personnel can offer their services for those allocated time slots. Moreover, the 100% of the money earned via the practice going to the medical professionals as their extra income.

Katsana is well known for their GPS tracking product whereby users are able to retrieve the location of their vehicles in an affordable and efficient manner. Their GPS tracking system is easily installed onto vehicles without voiding the vehicle’s warranty, and is also small enough to be used for tracking children and other belongings.

Katsana Shuttle caters to institutes and organisations that provide bus services so that the route and location of their buses can be tracked and monitored, as well as to ensure that bus drivers stick to their allocated routes according to schedule. Bus passengers, such as students, can also locate the buses’ whereabouts easily.

The need for this bus tracking system is quite apparent as according to a recent study by Katsana in a local university, they found out that the buses that operate in the university only follow 50% of their schedule, which compromises their efficiency.

Instaweb is a platform for creating websites, which is already plentiful out there, but Instaweb creates websites based on Facebook pages. It pulls information from the Facebook page and turns them instantly into a website with the template of your choice. Instaweb plans to help small entrepreneurs who have limited manpower, time and resources by giving them that instant boost to promote their brand with a hassle-free website. Other than that, its mobile-friendly themes will help entrepreneurs to rank in Google faster.

Urusniaga.my is a web application that helps the financial operations of businesses. Users can use one single account to manage multiple companies and record all their transactions, expenses, invoices, quotations, deliveries, and more. With an interface that supports mobile view, graphs and charts, it’s easy to utilise and monitor the company’s state at any time.

The other 7 projects showcased at JOMLAUNCH are HeyDroplet!, WHop, MadResponse, linuxtcptw, Storymorie, Menega, KeretaSewa.my. As like the previous JOMLAUNCH event, some of these 17 projects are still undergoing improvements so they may not be operating at its fullest potential. If you would like to give some feedback to the creators, you can go ahead and contact them at their respective websites.