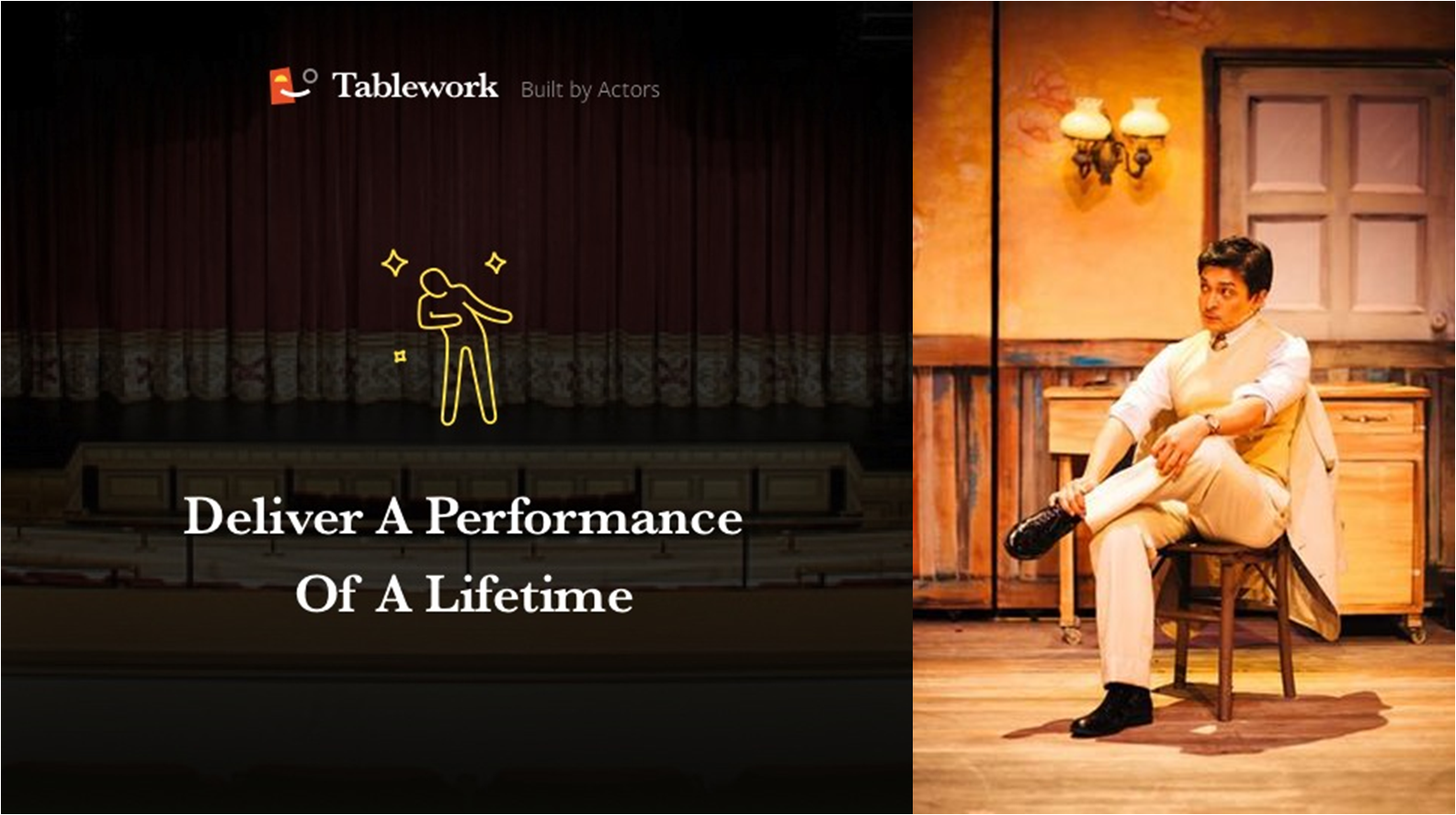 Razif Hashim was always a natural performer. From a young age, he dabbled in the world of entertainment by taking up various roles as an actor and as a standup comedian. He even took time away from the spotlight and contributed to the art by working as a crewman and also as a scriptwriter.

He said, “Acting means you can be whoever you want to be. And that allows you to expand your mind towards other possibilities,” and that was enough to fascinate him as a teen.

Armed with the spirit of rebellion as most teenagers often are, he accepted his call to the arts in his late teens, and hasn’t looked back since. He played Haikal in Season 1 and 2 for Gol & Gincu, a Malaysian TV series that revolves around the affairs of an all-female futsal team called “Bukan Team Biasa” (Not An Ordinary Team).

Despite being an actor, TV host and an emcee, he always had a vision to use technology as a tool to educate others about the performing arts. Once he completed his Master of Fine Arts (M.F.A) in Acting at the East 15 Acting School in London, he returned to Malaysia to do exactly that.

Equipped with the idea that technology and the arts could be fused together, he founded Tablework.

Tablework is a platform that essentially digitises the effort of acting. The moniker “Tablework” is based on Constantin Stanislavski’s practice of table work, also known as read-through, a stage of film or theatre production where actors practice their speaking parts through an organised reading around a table of the screenplay or script.

Think of it as a modern day substitute.

It helps actors manage, compile, and share their research with one another to enhance their characterisation and their play. Once you create a character, you can immerse yourself into your character’s background by exploring the history, geography, culture, fashion, among other details that are related to your character.

All the research that you conduct about your characters or on acting can be stored on the platform itself and you can refer to it any time if there’s a need.

Once you’re done constructing your character you can even schedule practices and communicate efficiently with your cast members.

Razif Hashim said, “We see that Tablework will be able to guide the Malaysian film industry towards the next level by using technology to engage directors with the members of the cast as well as teaching actors how their roles can be enhanced once they answer the Ten Questions that all actors go through when preparing for their role.”

Razif and his team of 5 took a period of 2 years to build the entire platform. During which, he conducted a survey among a group of actors to find out whether the platform would be a viable idea. Later, he even approached the Cradle Fund and MaGIC for a grant that was going to be used to complete the project.

Razif said, “Their approval proved to me that this was an idea worth pursuing.”

Also Read
17 Projects Showcased AT JOMLAUNCH, A Demo Day By A FB Community Of 11k Developers

At the present moment, Tablework is home to a total number of 230 users while majority of them may be actors, Razif does feel that the platform can also be used to mirror real life situations. In fact, people can use the platform to question their role in an organisation and to create the best possible reality based on the outcomes of the role.

Whether people will use the platform to scheme their rise to the top (or the bottom) is quite unlikely but it might just end up becoming a big hit among actors. In fact Razif said, “University Malaya is interested to form a collaboration by doing a research on how technology can assist actors while performing on stage or TV.”

“We intend to partner up with many acting schools, production houses, and universities so that Tablework can be practiced regularly among actors around the country, hopefully around the world,” he added.

Such strategic partnerships with schools and production houses, would allow them to improve and validate their app while ensuring that they grow a steady user base. They might even consider partnering up with tech companies to improve the software and the platform as a whole.

While this partnership might give them a head start towards diffusion, they still need to address a major challenge. The method of acting that Tablework is built around is not one that’s common within the Malaysian film industry. Albeit, given that we live in the digital age, actors would be quite open to the idea of using a web-based platform that can help them be a better actor.

Given that Razif stepped into a whole new world with his platform, he mentioned that there were only a few people that he looked up to in business. He said, “One of them would be my dad, Hashim Natt because he never knows when to give up. Another person that I would consider to by my personal mentor is Ee Soon Wei, the owner of APW.”

Both his dad and his personal mentor provide him with the necessary insights that help him question his beliefs, passion, his business and essentially helps him to look at matters through a completely different perspective.

On the other hand, he’s also inspired by Warren Buffet’s entrepreneurism and benevolence. He said, “I believe that life is all about giving back and it’s also about building good habits.”

Tablework makes the whole process of creating, developing and rehearsing your roles both digital and fun. Armed with a simple user interface, the platform doesn’t distract you with piles of unnecessary functionality but it helps you maintain focus on rehearsing your roles.

Tablework offers 3 different pricing tiers that you can choose based upon the size of your production. If you’re feeling incredibly niggardly, you could opt for the free Basic plan but if you’re looking forward to access Tablework’s 3 free webinars then you can opt for the Superstar plan. To find out more information about the plans, you can click here.

While the platform does offer the required functionality, I would have preferred it if it was presented as a mobile app that could allow you to work offline. Given the nature of acting, the mobility that comes with mobile apps makes the whole process more intuitive.

Having a mobile app would allow users to practice their lines while on the move and honestly, I feel that it would’ve been a better fit for the whole idea. That being said, they are actually currently in the process of designing a mobile app that will be released in the future.

Probably when they do, Tablework might just be the next big platform that actors have been waiting for that could help them interact and exchange knowledge on acting and performance.