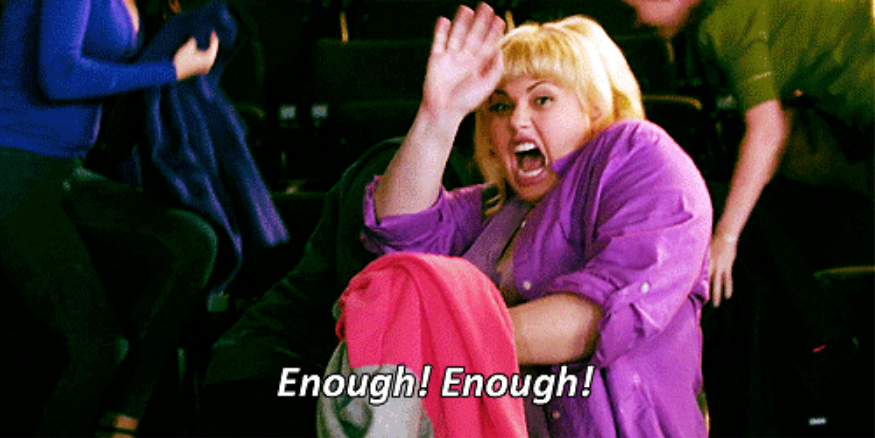 A commonly overlooked principle when it comes to running a business or a startup is that what you don’t do is equally as important as what you do. There are numerous gurus and motivational speakers that you can turn to who will teach you all the things that you must do to become the next millionaire or the most revolutionary individual of this century. Yet more often than not, they never inform their followers about the harsh realities of life, and the things they should simply avoid doing.

While the rest of the crowd continues to feast on this deluded sense of hope, here’s a list of things that startup founders really need to just stop doing, starting from this year.

I once met an aspiring entrepreneur who spent about 30 minutes complaining about how startups are overusing such phrases, only to then tell me that his future startup is going to “do the exact thing but with the help of steroids”.

Edward Russell-Walling wrote in his book, “50 Ideas You Really Need To Know—Management”, “It is the fate of some words to evolve rapidly through enlightening to hot, overused and, finally, very irritating.”

I’m afraid that the “Uber for X” or the “Airbnb for Y” happens to fall under this category. Another keyword that startup founders should also stop using is “disruptive”. The only exception when you can use such a word is when your startup is actually disruptive.

Unless you’re truly revolutionary, chances are that you have to battle things out with your competitors. Now, you may try and get around this by saying that you don’t consider other local startups within your industry as competition because you only see yourself as in the league with other international ones, but the fact of the matter is any startup that does what you do is your competitor.

Startups should simply accept the fact that there is always someone else who wants to do exactly what you do at a cheaper price or by introducing simple alternations to your initial idea. You could combat such behavior by engaging in a never-ending price differentiation war or you could innovate, like really innovate.

Also Read
Zyllem Scoffs At 2-Day Deliveries, Gears up To Take On The Same-Day Challenge In M’sia

We’ve all sat through pitches where startup founders and aspiring entrepreneurs blabber away about how huge the industry is, at this point they will throw a huge number around like say US$69 billion and they will give the crowd really huge numbers.

Granted that user metrics are of interest to investors but it’s seldom the case that a startup is able to capture the entire value of the industry it operates in. Also, making up numbers to sound profitable or to maintain appearances will only come back to haunt you in the long run. Especially once investors and your customers realise that you were misleading them.

5. Don’t Startup A Startup Just Because

Over the past couple of years, the startup scene in Malaysia has really grown. Granted that there’s so much that we could do to improve things and become more like Silicon Valley, where everyone plans out their IPO right from their living rooms.

The fact of the matter is that owning a startup is becoming a fad, many people venture out into startups simply because it’s the cool thing to do or for the possibility that they’ll strike gold. Speak to any veteran in the startup industry and they will tell you this isn’t the right thing to do. Be in the startup industry because you really want to and you believe in change, not because your friend is in it.

It’s incredibly easy to dismiss customer feedback as the pseudo truth and to go about doing things the way you’ve always been doing them. But the truth of the matter is that if you ignore constructive criticism all together, you’ll only end up setting yourself up for a disastrous failure.

Also if customers air their disappointments with your service on social media, take heed to make sure that you respond to them in kind, and not in a vengeful way that will definitely brew up animosity towards your brand.

7. Stop Claiming To Be The First In Everything

Peter Thiel outlines the way startups market themselves in his book “Zero To One”, he mentions that startups often make themselves sound like they’re the first ones in a given industry. Personally, I feel that although the first-mover advantage maybe applicable in more traditional businesses, I feel that it doesn’t apply in the world of tech.

Simply because of the rate at which startups are able to innovate and create something new, groundbreaking and revolutionary. What matters most in the tech world is the best mover advantage. Think about Facebook, Google, Instagram, etc., they are probably the most successful firms in their given industries not because they were the “first” ones around but because they’re relatively the best and are constantly trying to stay the best.

Also Read
Naysayers Said Our Startup Was Stealing Their “Rice Bowl”, Here’s How I Dealt With It
Categories: Lifestyle, Opinions, Entertainment, Entrepreneur, Malaysian