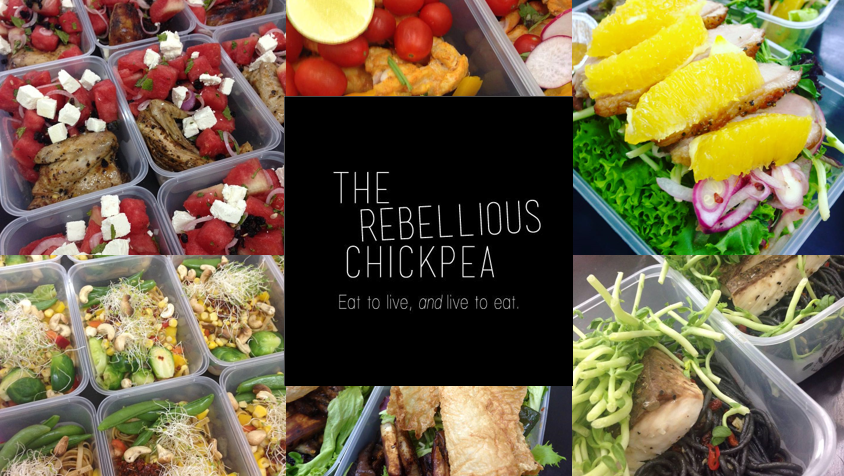 Chickpeas pack a punch. Though they may be but tiny little yellow beans, they make up for the entire protein aspect of a meal at times, and even when they are used as a gravy such as in dhal curry, they still taste absolutely delicious. Be it in Western cuisine such as blended into a creamy hummus dip, or in Indian cuisine where we douse mashed chickpeas over our steaming hot roti canai, either way chickpeas have found its place on dining tables across the globe.

Hence, it comes as no surprise then that it becomes part of the name of a Malaysian startup. Forget a regular old Chickpea startup, this local food-based delivery company is named The Rebellious Chickpea Delivery. Perhaps it is all the more apt then, for chickpeas are the more versatile legume as compared to its cousins like the black or green bean. This versatility is also synonymous with the aforementioned startup.

Co-founder of The Rebellious Chickpea Delivery, Allison Xavier said, “Chickpeas are healthy and have a reputation for being holier-than-thou. If it were a person, it’s the person you’d marry rather than have a fling with. But a rebellious one, now that’s different.”

Speaking about marriage, this is what The Rebellious Chickpea Delivery does. They may not be pitching couples together at the altar (yet), but they are a healthy food delivery service for those who are seeking to marry healthy nutrition into their lifestyle.

Sure, there are many healthy meal deliveries out there to counter boring ol’ bland lunchboxes, but this startup is a little different, for they are not one to stick to a fixed menu—they are a little rebellious after all.

Contrary to popular belief, they aren’t just about them chickpeas, as the menu changes weekly and to get a glimpse of what’s next on your dining table for the following week, all potential customers need to do is check out The Rebellious Chickpea Delivery’s website and decide if that is something that they’d like to sample for the following week.

For instance, some of the meals that they have catered out during the past week are diverse cuisines from both Western and Eastern. There’s the Manhattan Clam Chowder and Sambal Feta Salad complete with goji berries representing the more Western-based flavours, and then there’s the Eastern flavour representative that the team adapted recently with their steamed fish and noodles.

The company is co-founded by both Allison as well as friend and eventual business partner, Edeareena Nor and they balance each other out by tackling different aspects of the company. Allison, who was a culinary student, takes on the menu for The Rebellious Chickpea Delivery, on the other hand, Edeareena manages the social media aspect of the company, which came by chance.

Allison shared with Vulcan Post the beginnings of their friendship. “We met at a mutual friend’s party,” she said. After their first meeting, it was a case of ‘hi’ and ‘bye’, and they maintained an acquaintance-like friendship. It was only after Allison decided to put her culinary skills to use and married it with a business opportunity, that the pair kept in touch and Edeareena soon came on board as a fellow co-founder in 2013. The rest, as they say, is history.

Allison admits that the way she curates the recipes for the week is by intensely reading cooking books and taking it from there. She also has the advantage of a mother who has culinary skills of her own. “My mom owns a mixed rice shop. I see what she cooks, and try to make it a healthier version of that,” Allison said.

With this idea in place, they are looking to move forward in 2016 by expanding into finally solidifying what they have had in the pipelines for a while now. This would be their very own Rebellious Trail Mix retailing at RM35. The team are ready to launch their new product into the market, and are seeing a better horizon for their company this year. It also helps after all that the company is made up of Rebellious Chickpeas who aren’t afraid to make a difference in the way the community eats.