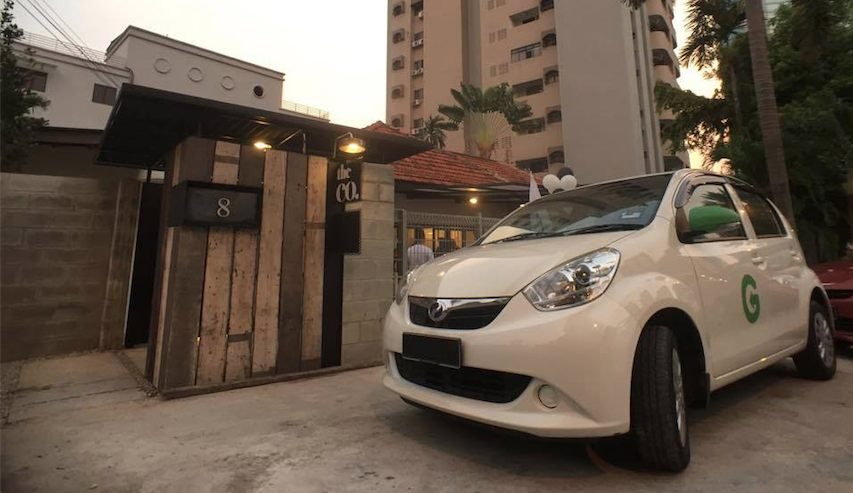 Over the past couple of years, ride sharing services like Uber and Grab have transported riders in Malaysia from point A to point B in a cost-effective and convenient manner, and they’ve also played a part in popularising the idea that relying on such services maybe much cheaper than owning and operating your own car.

Given that Malaysia is currently the second most expensive country in the world to own a car, it’s not far-fetched to assume that more consumers will be drawn to this concept of relying on such transportation services than owning and driving their own car.

As such this trend is also spurring the growth of the car-sharing industry in Malaysia, an industry that TJ Tan, the Director of GoCar believes has much potential.

The fundamental difference between ride-sharing and car-sharing is quite simple. Ride-sharing is a lot like carpooling whereby someone else drives somewhere in their car and you basically “rent” a seat; car-sharing on the other hand refers to the concept of renting an entire car from a car-sharing platform.

Unlike a traditional rental agency, shared cars are often parked all over a city in special parking spots, and you can book them through their app after registering with the car-sharing platform. Once you get to the shared car, you can claim it and access it through the app, drive around for a certain period of time, and then you can return to its parking spot—all for a price.

GoCar is one such platform where registered members can reserve and book a car for their needs. Once they make a successful booking, they’re provided with a pin code that they can then use to unlock the key box inside the glove box. They can drive around for a while and return it back to the parking spot within a period of time.

They require all their potential members to be at least 21 years old with a full drivers license, and they have to pay a one-time membership fee of RM50. They currently offer 3 types of cars, namely, the Iriz, Myvi and Almera from locations in Cyberjaya, Bangsar, and Mont Kiara.

TJ Tan shared in an interview that he noticed that the transportation scene for developing countries is evolving, “Developing countries like Malaysia have new MRTs and LRTs that are being built for public transportation. As for drivers, they don’t really need to buy a car anymore. They need access to a car, instead of owning a car.” This is where GoCar strives to fill in that gap.

Coming Out From Under The Radar

Having been founded in March 2015, GoCar have been avoiding the “spotlight” and worked mostly under the radar. This is evident in the way that the term “ride-sharing” has been more popular than “car-sharing” in the transportation industry last year.

TJ Tan explained that within the last year, they’ve studied the nature of Malaysian consumers in order to get the critical aspects of their business right. They learnt that in the Malaysian market, there is a small window to get it right and there there isn’t much room for error. For example, he highlighted that a simple payment issue would very quickly cost them a customer.

Given that they had a low number of vehicles in their inventory, they felt that they were not ready for fast expansion and so they used the time to troubleshoot and perfect their system in terms of their overall operations.

Regarding ride-sharing services like Uber and Grab, TJ Tan clarified that GoCar doesn’t see them as direct competitors. In a simple survey that he carried out with common drivers, one thing he noticed was that families and couples prefer to drive themselves; however, Uber and Grab mostly caters to solo riders. Plus, car-sharing allows for long distance travel (and that gives an added flexibility to the drivers.

Also Read
Is It Cheaper To Drive, Ride A Cab, Or Grab An Uber? We Investigate.

Life After The Mayflower Acquisition

This strategy definitely paid off, as the travel and car rental company, Mayflower Acme Tours Sdn Bhd, a subsidiary of Warisan TC Holdings Berhad recently announced their acquisition of a majority stake in GoCar. Mayflower was established in 1969 and they currently have more than 500 staff, over 3000 vehicles, and they operate through a network of 19 offices and branches, including 4 airport counters throughout Malaysia.

This acquisition is all part and parcel of Mayflower’s strategy to expand its presence in the mobility market, their search for new mobility solution opportunities, and to allow them to strengthen their position in the industry as a whole.

GoCar is able to allow unlock, control and monitor all their cars through their own control panel that they developed in-house, as such they see themselves as a technology provider in the industry, which Mayflower can take advantage of.

“With new technologies that GoCar has in its arsenal, we are trying to reach out to new markets, and to offer crowd-sourcing mobility to our corporate and retail customers,” said Nicholas Tan, head of Tan Chong Financial Services, in regards to the acquisition.

This acquisition is also a win for GoCar as they’ll be able to increase the number of GoCar stations and vehicles in stages and they’ll eventually branch out nationally to airports and other states. TJ Tan outlined that with Mayflower as the muscle backing them, they’re aiming to expand to high-density residential areas like condos and apartments and they’ll distribute their stations strategically around such areas.

“By joining the Tan Chong family, we will significantly scale our fleet, allowing us to expand to other regions in Malaysia seamlessly, as well as leveraging existing Mayflower’s airport and retail counters. Mayflower’s wealth of experience in this industry will bode well for GoCar, enabling us to build on Mayflower’s past learnings,” TJ Tan added.