This M’sian arts brand peaked, and then they quit. Here’s what happened. 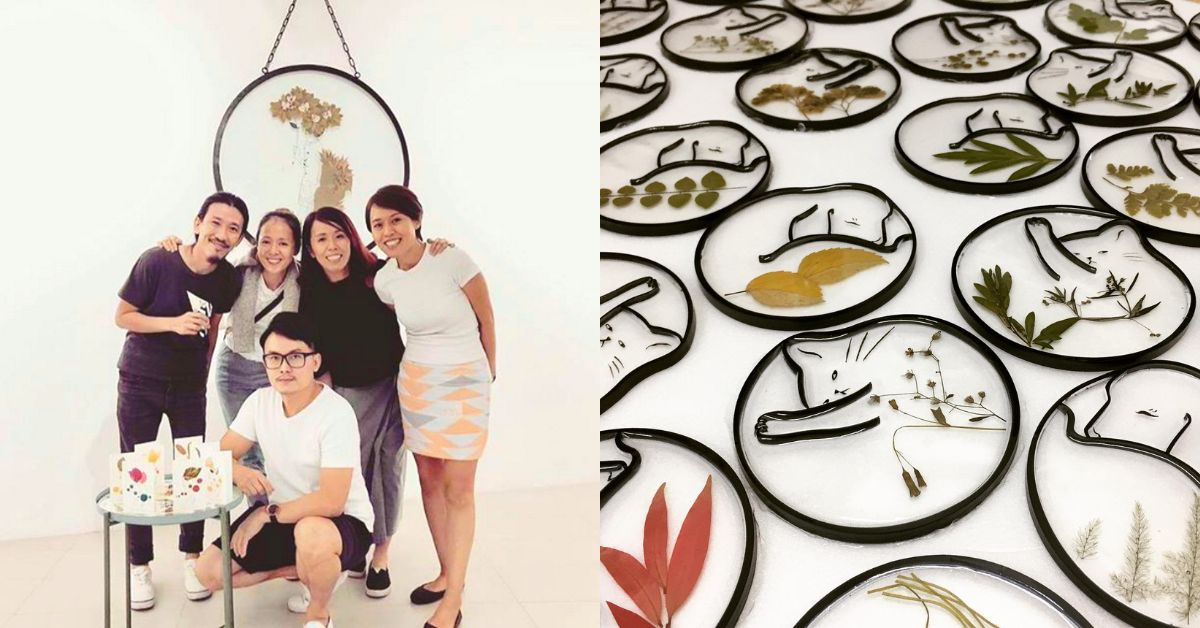 When I first came across Oh & Ah, I thought it was just a small craft brand selling adorable resin coasters in the likeness of furry friends. Although the designs were simple, they were unique. Enough so that I wanted to learn more.

Upon further investigation, I realised Oh & Ah is way more than just some random crafts store. Rather, it’s a consumer-facing design label art collective started back in 2007, before the heyday of local independent makers and crafters.

It seems to have quite a storied past, based on its social media postings, but there’s a twist—its socials have been inactive since 2021.

At first, I was ready to give up on Oh & Ah, realising it might’ve simply died off. However, its Pinkoi page (a Taiwanese ecommerce platform) showed some signs of life, so I curiously reached out.

To my surprise, Sweii Chong responded.

Dialling in all the way from Ho Chi Minh City, Sweii, one of the co-founders of Oh & Ah, explained to me that Oh & Ah has been inactive online due to her move to Vietnam. Aside from being an artist, Sweii is also an educator with a background in graphic design, interactive design, and advertising.

Previously, she had been juggling Oh & Ah and teaching part-time at The One Academy. Now in Vietnam, she’s working with RMIT University Vietnam.

Having been operating Oh & Ah for over a decade, Sweii expressed it wasn’t easy to commit to the outstation job.

“But after COVID, you just want to make some changes,” she explained. “Get some fresh air, new experiences, new inspiration.”

Sweii has been there for six months, with another year and a half to go before she returns to Malaysia. Seeing it as a short-term getaway, Sweii hopes that this period will let her look for new ways to extend Oh & Ah’s content and products.

“Well, I would say I was very happy to get the chance to take a break,” she admitted. “I’m doing something I like, but it’s still quite tiring after several years in this routine.”

“I was pretty relieved once I realised I had a change, and I was going to Vietnam, I can have a short pause,” she admitted. “But it’s already been six months, and I’m feeling like I really need to get this started again.”

Running a business when you’re not business-minded

While Oh & Ah’s online activities have stopped, its products can still be found in select stores on a consignment basis. After all, Oh & Ah has never been reliant on online purchases anyway.

Rather, its Pinkoi platform had been an afterthought. Sweii had opened it after receiving good feedback for her resin coasters at an expo in Taiwan.

Perhaps some may think that the team should’ve started on ecommerce platforms earlier, but entrepreneurship has never been their forte.

“Probably this is why I couldn’t really put aside my educator role and use my full force to turn Oh & Ah into a full business or enterprise,” she mused.

Although the business started purely out of interest, the artists knew that they needed funds to keep things running. Still, turning a high level of profit was never the goal.

Back then, arts and crafts bazaars were non-existent, so the artists would get inspiration from overseas markets such as ones in London and Bangkok.

Sweii herself would turn her parents’ house into a makeshift pop-up store. Some might even think of it as a prototype of crafts bazaars these days, though Sweii is humble about it.

“Maybe some people got inspired, probably some people not, I have no idea,” she said. “We had really good fun back in the old days.”

Nowadays, she believes it’s both easier and harder for people to break into this territory. In a way, it’s easier now because there are more examples from the past to learn from, plus from the internet.

Quitting at the peak of their run

Currently, only two people are still involved with Oh & Ah’s operations—Sweii and her sister. The others have all left the collective.

“One partner who did illustrations now has launched a new brand,” Sweii recounted. “Another is now in an advertising agency.”

But this has been the case for several years, much before Sweii even left for Vietnam.

“In fact, we stopped at the peak of our brand.”

It was a time when people were asking them to commit to various projects and workshops, and even bulk-order contracts.

“I think everyone realised our strengths and then the next move for Oh & Ah to keep everyone doing this full force was to turn it into a business.”

But they also realised it was something they couldn’t commit to.

At the time, the artists were still pursuing Oh & Ah as a side project. They commited every Sunday to creating work for the brand.

“That ran on for ten years, so I think everyone was tired also,” she said. “We had enough of that mode.”

Even though Oh & Ah isn’t active anymore, it still serves as a second income source for Sweii, albeit one that isn’t that substantial.

This is because the team has spent a long time growing the brand, and even now maintains quite a reputation and audience that Sweii believes can keep it running for a long time.

But Sweii doesn’t think that she’s the right person to do all that. Instead, she thinks that she should stick to what she’s good at, but look for someone who is business minded and work with them as a business partner.

“If you are not the business type of person, don’t go into that path, do whatever you are good at and do it well,” she said, recalling some advice she’s received in the past.

Perhaps this hints at the direction Sweii will take with Oh & Ah when she returns to Malaysia, but, well, nothing’s set in stone yet. She might choose to commit to Oh & Ah fully, or perhaps continue working on it in the background.

Sweii had joked about how this indecisiveness is probably why she’s not a great entrepreneur.

“If you were to ask me, ‘Is this a successful business enterprise?’, I would say no. But if you ask if this is a successful and very rewarding pet project? I would say yes,” she concluded with a smile. “And that’s the reason why I’m still running it.”