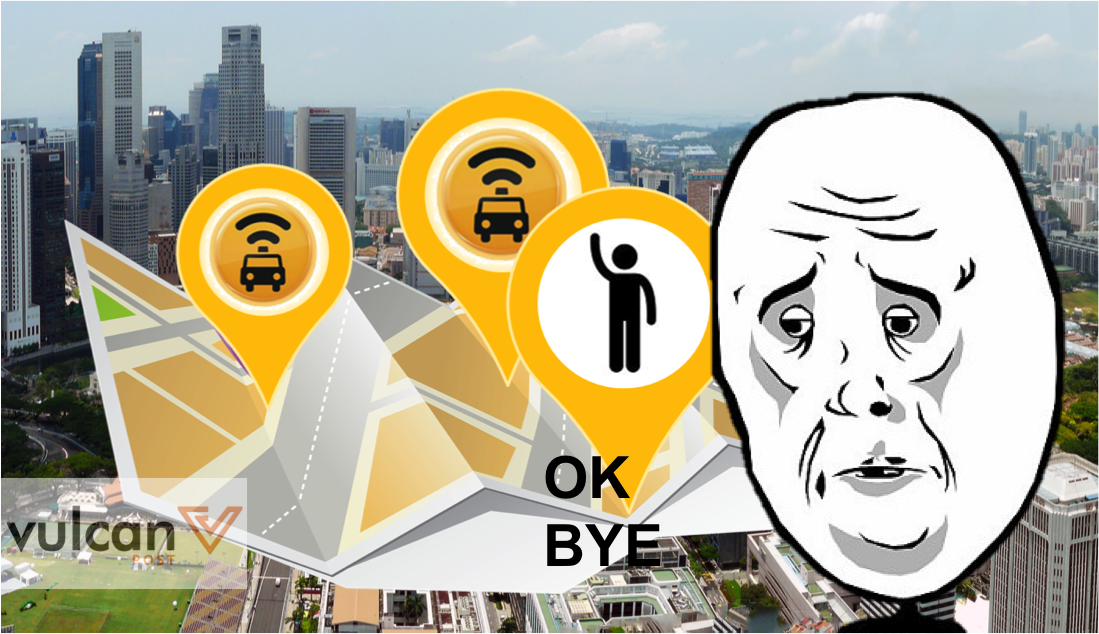 After months of silence from the company, Easy Taxi has quietly left Singapore.

According to The Straits Times, the Brazil-based startup has wound up its operations here. They obtained a statement from an Easy Taxi spokesman from Brazil that would only confirm that the company was “scaling down operations in the region”. The national paper even visited their company’s listed address at CT Hub to find the premises locked up. The Land Transport Authority (LTA) has also told The Straits Times about Easy Taxi’s decision to stop operating in the country.

Easy Taxi first entered Asia two years ago, and came to Singapore in December 2013. However, it faced stiff competition from the start, with players like GrabTaxi and MoobiTaxi in the mix. The market for taxi-booking apps is currently led by GrabTaxi — which recently launched a multimillion dollar research facility in Singapore’s Central Business District — and Uber, the American-based transportation company that specialises in private car bookings.

Back in July, Easy Taxi seemed to be exploring new opportunities in food delivery, as they sent a telling mailer to their customers asking for feedback towards a healthy-food delivery service. Vulcan Post also reached out to learn about their current activities in Singapore, but did not receive comment.

“They left without a sound and many drivers are not aware,” said Mr Ho, a taxi driver interviewed by The Straits Times. Another taxi driver who declined to be named told Vulcan Post that EasyTaxi’s UX paled in comparison to GrabTaxi, and most cab drivers chose to use both services together.

The Oligopoly Of Taxi-Booking Services Left

In the face of the growth of GrabTaxi and Uber, other independent cab services in the market seem to have been pushed out of Singapore. As we previously reported, Hailo has been radio-silent in its online activities, with their last Facebook update dating back to June (one that wasn’t even about their services). We needn’t even mention MoobiTaxi, which seems to have stopped all promotional efforts since early 2014.

The next best contender is ComfortDelGro, which released a redesigned booking app early this year, and surprised everyone with 2.5 million downloads in 2014 alone.

While we’re left with just a handful of taxi-booking services here in Singapore, competition remains stiff. GrabTaxi and Uber seem to be going head to head, most recently with their introduction of free supercar bookings available via their app in celebration of Singapore’s F1 kickoff. While GrabTaxi started offering their services from September 15, Uber will offer their free supercar services from September 19-20.

Not that we’re complaining: a little friendly competition only serves to benefit consumers like us.