We Asked 12 Malaysian Entrepreneurs Their Worst Regrets Of 2015 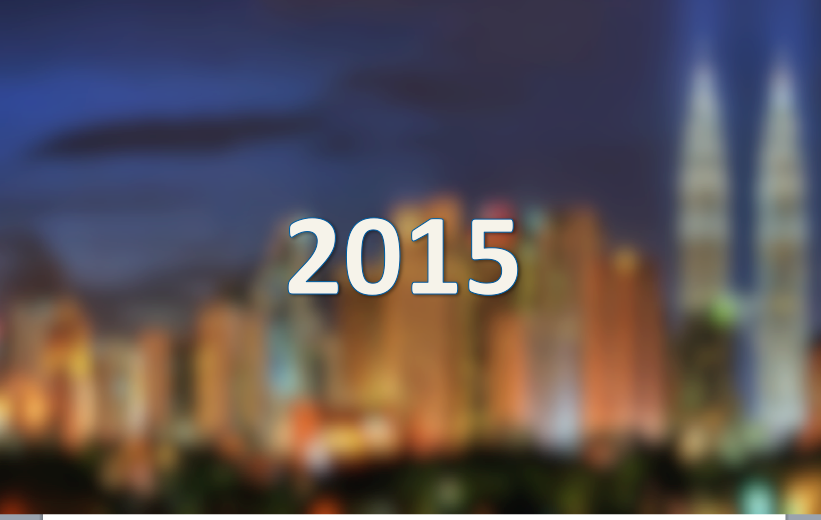 As the year comes to an end, most of us will take time to reflect upon the way we led our lives this year—our achievements, challenges and failures. We also take time to set new goals for next year and think of new ways to address newer and existing challenges.

Entrepreneurs are no different. We reached out to a couple of entrepreneurs and we asked them about the one major thing that they regretted in 2015, and the one thing they’re looking to work towards in the upcoming year.

This is what they had to say.

Tomas Laboutka leads HotelQuickly, a mobile platform that offers cheap hotel deals to customers and allows them to book a reservation at the last minute.

His major regret for this year was that he didn’t spend enough time in person with his family. He focused most of his efforts on building up the platform to be No.1 and focusing on the HQ family, and sacrificed his family time.

Kanashan co-founded Neon Runner, an on-demand service that caters to businesses and consumers.

Speaking about his major regret, he said, “ I am not the type of a person who looks back and regrets. I will say however that 2015 would have been much easier if we had the information and knowledge that we have today on how to maneuver the VC ecosystem. I think startups can benefit a lot from some early stage lessons on this. I know I still could learn a lot about this area.”

For the upcoming year, he set a goal to establish Neon Runner as the clear market leader in the same day logistics space. He said, “We spent a big part of 2015 getting the key ingredients (team members) in place. We just now need some ‘practice’ working to the same tune to create something amazing for 2016.”

Speedrent is a platform that connects landlords and tenants together, and enables them to rent houses without consulting a property agent.

Whei Wong said that he normally doesn’t regret the wrong decisions that he makes but rather, learns from them. One of the biggest lessons he learnt this year is to just keep on moving without worrying about how genuine people’s intentions are towards you. “Don’t let people or noises slow you down.”

GiveReceipt is a simple and easy to use e-receipt platform that allows you to quickly generate PDF e-receipts that you can send out to your customers electronically.

David’s biggest regret for the year was not being able to keep an original member of the team on board. However, he’s looking forward to partnering with major retail giants in the upcoming year.

5. Suthenesh Sugumaran, Co-founder of Be Malas

Be Malas is an on-demand personal concierge service that fulfills any legal requests a customer makes.

In regards to his major regret of the year, Suthenesh shared, “If given the chance I would have loved to be part of the e@Stanford program that was held earlier this year. At that time we just started, so building the company came first.”

Next year, he’ll be working to increase his business’ value proposition to the rest of Southeast Asia. He also set a personal goal to grant his parents financial freedom. “Without them, I won’t be who I am today,” he added.

Jan said, “The biggest regret for me in 2015 is not being able to complete the book I have been writing. It’s been a crazy year and I had to park the book project aside.”

“Apart from completing the book, my goal is to successfully launch a tech startup we have been working on for the past months. It will be challenging but it’s what I’m gunning for in 2016.”

Tribehired is a talent marketplace where companies compete amongst themselves to hire top talent.

“The worst regret for 2015 for me was to compromise on my health to work extra hard in growing my business. I’m planning to run and meditate 3-4 times a week in 2016 as a new year ‘vow’,” Aj said.

He also set a personal goal to channel his daily energy to have a positive impact on those around him. “I realised over time that the more I helped people around me, the better I sleep. It is so easy in this day and age to become selfish and focus entirely on oneself. Such behavior becomes a part of our character and leads to much misunderstanding and confusion. Thus, I am going to take up the challenge of impacting 3 people positively on a daily basis and hopefully it becomes a natural habit,” he said.

Derek launched Wobb.my in 2014 to help jobseekers find jobs based on work culture that best suits them.

Derek hasn’t experienced any major regrets this year but looking back he does feel that he could’ve spent less time working on weekends.

Next year, he’ll be working towards taking Wobb to the next level. “There are still many young talent that don’t know how to find a job that they’ll love, so we have to reach all of them.”

Khailee Ng is the managing partner of 500 Startups, the world’s most active venture capital investment firm according to CB Insights; co-founder ofsays.com acquired by Catcha group; and Groupsmore which was acquired by Groupon.

Khailee Ng didn’t go through regretful experiences this year but he’s looking to build a better relationship with his parents in the following year.

He mentioned that he spent most of his teens hanging out with friends, and later on with colleagues. In order to spend more time with his parents, his brothers formed a vacation council that’s responsible for planning family trips. He will be spending this Christmas and New Year’s Eve on a road trip with his parents to the west coast.

The Wedding Notebook is a quarterly online magazine and website that caters to the modern bride. They cover engagement celebrations, bridal portraits and weddings.

“My biggest regret for 2015 was not being able to travel and spend more time on personal growth,” he said.

He wants to work towards making The Wedding Notebook more relevant and useful to their readers in the upcoming year. “On a personal note, I would want to have more time to connect with God and also serve in church,” he added.

WTF is a tech accelerator that’s working towards building a budding startup ecosystem.

Shamsul’s biggest regret was not taking enough time to really understand founders better, which resulted in them saying no to founders that later went on to do well.

Gaption is a social network that incentivises its users to create content by sharing its revenue with them.

“Investing in the wrong areas of the business. For us, we invested too much time and money into certain aspects of the product that didn’t need to be focused on. If not for that, we would have gone to market quicker,” he said.  His team will be working on rolling out new features that will help Gaption better serve its community of users in the coming year.

Also, he regrets not spending enough time with certain people that matter to him. In setting his goal for 2016, he said, “To live more simply. By focusing on 20% of the things that bring 80% of the fulfillment. Some of these things are: family, friends, future.”

This article is meant to be portrayed in a positive light. We thank all these wonderful people for their honest sharing!