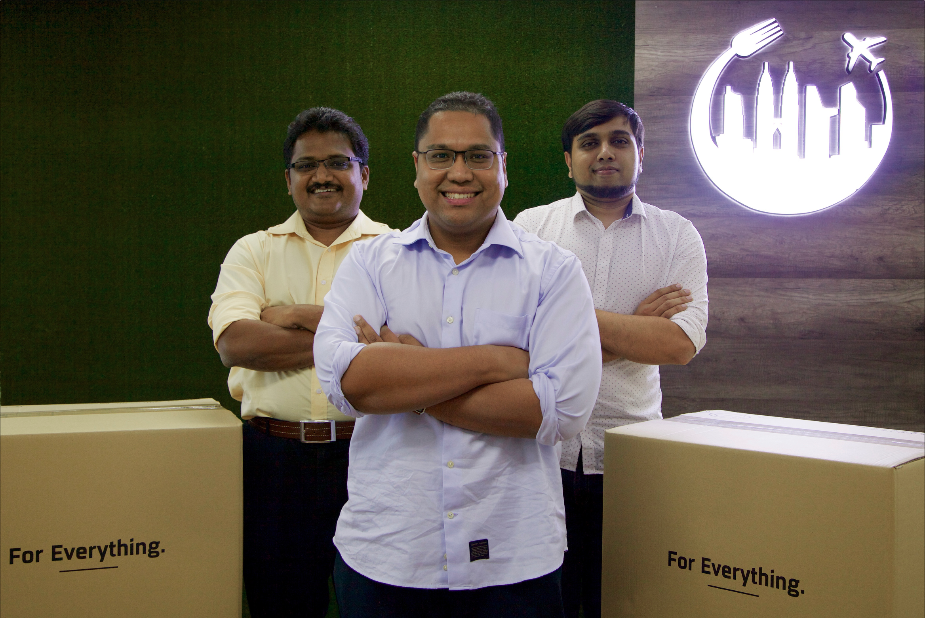 Adlin Yusman, the CEO of Bemalas said, “We continue to be the innovators in this space. We are extremely humbled to have world-class investors who believe in our vision and have the global network to help us reach even higher.” Bemalas or Belazee was founded around the first quarter of 2015 as an SMS-only on demand concierge service but since then they’ve evolved into becoming a onmi-channel concierge service as well as conversational e-commerce platform.

Usually, Bemalas is a service that people often turn to when they need someone to carry out a task for them. Potential customers can simply drop their requests via Facebook, SMS or through their website, and the Bemalas team will source the relevant details pertaining to that request and revert back to the customer. Once the customer evaluates the relevant options, and agrees to pay the proposed price, the Bemalas team will fulfill the task within a period of time.

With this intention of infusing interactivity back into commerce, Bemalas also operates an e-commerce store that behaves as a one-stop center for customers to purchase their items, and to have them delivered on the same day.

Having launched Bemalas close to a year ago, the startup currently handles about 30,000 requests every month across five countries. Initially, they raised a seed round of US$ 500K, led by KK Fund and Cradle Fund and they expanded into Singapore, Ho Chi Minh City, Manila and Brunei.

Despite doing so, Adlin claims, “Malaysia continues to be our number 1 market and our customers and subscribers are not concentrated in Klang Valley only but they’re now spread out nationwide. So there’s still much room to grow.”

When they first started in Malaysia, people had to get used to the idea of outsourcing their tasks, cravings or requests to third parties like Bemalas, Helpr, NeonRunner, Supahands or any other concierge service. Such startups had to spend a considerate amount of time educating the market as a whole about the services that they offer and the benefits of relying on them.

Despite the relative traction that Bemalas has achieved so far, they believe that this process of educating the market is a continual one. Suthenesh Sugumaran, the co-founder, highlighted that services like Uber and Grab continue to push “How-Tos” despite being a prominent service.

Consolidation With An App

And in order to better serve their growing customer base, they will also be launching a dedicated mobile app in the coming weeks. Suthenesh Sugumaran, the co-founder said, “We are targeting to release it by the middle of February. We will be continuously refining it with many exciting iterations planned throughout the year.”

“The mobile app will feature the same convenience and access as their web store,” Adlin said in an earlier interview.

Considering that currently Bemalas accepts customer requests via several platforms, such as Facebook and SMS, the mobile app will help to consolidate requests onto one platform so that customers can use that to access Bemalas conveniently.

And in order to facilitate their continual development in their proprietary technology platform and to strengthen their market share in all of their operating countries, Bemalas raised a fresh round of undisclosed funding led by global investors DeNA, Fenox Venture Capital and RIMU Group. This will essentially be the first time the three firms will be investing in the Malaysian startup scene.

Regarding the choice of investors, Adlin said, “We choose investors that would add value in terms of market knowledge, reach and experience. With our new investors we hope to gain insights on their native markets and how to further scale our business over the next 6-12 months.”

Personally, I hold the belief that this year, people will rely more on personal concierge services than they did in the year before. I attribute this trend to the fact that there will be potentially newer entrants in the market, thus lowering the service charges of each competing startup, and making them more efficient in the process. This round of financing will definitely enable Bemalas to improve their services better and to stave off local competition.

Even though Suthenesh said, “I think right now, we do not have any direct competition with anyone. The closest would be Operator in the US.” As a consumer however, I feel that local competition does exist in the forms of Helpr, NeonRunner, and consumer choice essentially comes down to the opportunity cost and the efficiency of each service.

Bemalas however is currently the most diverse, with them having an e-commerce platform and Bespoke, as a more premium and exclusive alternative. With the upcoming launch of their app, perhaps that would give them another leg up in the race of personal concierge services.

12 Months From Inception, Here’s The Story Of Gigfairy’s Acquisition

Prada to nada: How multi-million Reebonz racked up S$65M in debt and facing liquidation

Customisable aprons could be the new “in” gift, these M’sians already sell 300/month