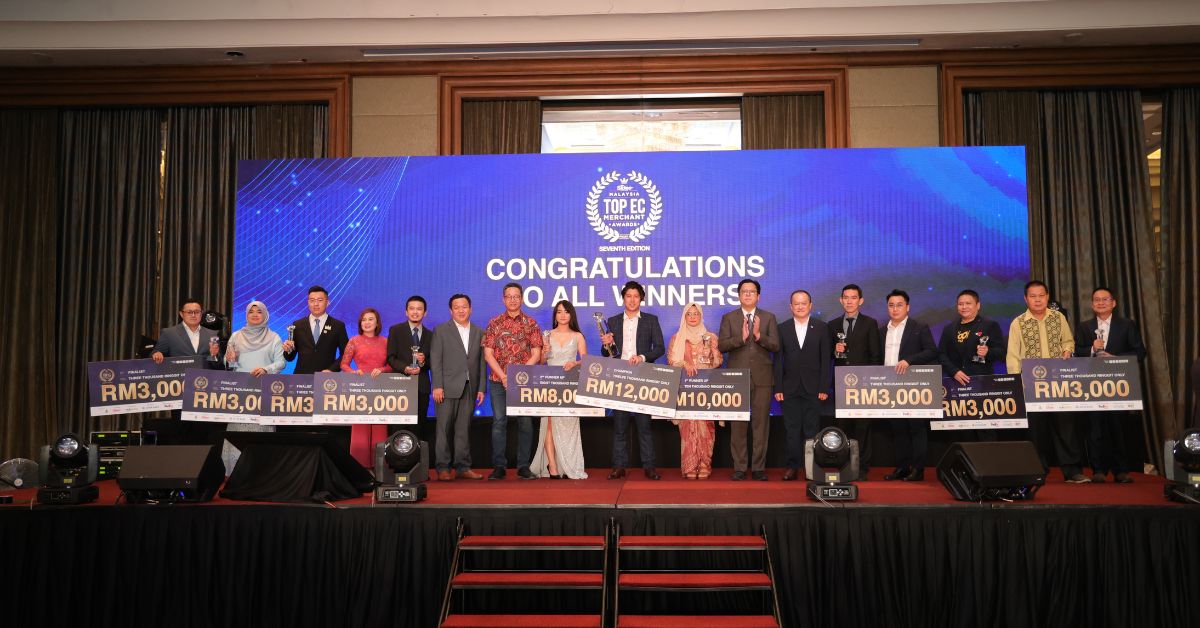 According to a press release, Top ECM this year had received the highest submissions since its first edition with 440 applications—a 106.6% increase from the previous year’s record of 213 submissions.

The Top 10 ecommerce merchants as chosen by Sidec brought home prizes from a pool of RM60,000.

Before we delve into who the Top 10 ecommerce merchants are, here’s how Sidec made its judgement.

For products, judges focused on the number of SKUs, product descriptions, product pictures and videos, as well as the return policy. Platforms refer to whether a brand is selling on their own website, on an ecommerce marketplace, or on a cross-border marketplace.

Visibility relates to the brand’s use of social media, number of followers, engagement, and also whether they have a physical store.

Finally, the business potential is all about the merchant’s website and whether it’s visually attractive to hook visitors’ interest to stay on the website with good user experience design.

Merchants are also expected to be creative in promoting their products to captivate potential customers into purchasing their goods.

For this year’s Top ECM, Sidec collaborated with SUBPLACE as the Official Marketplace Partner.

“We are aiming to encourage e-merchants to explore and venture into more local avenues like SUBPLACE to increase their brand visibility and product availability on more platforms,” said Yong Kai Ping, the CEO of Sidec.

As part of the judging criteria, participating e-merchants also went through an online sales contest period (September 20 until November 30, 2022).

The contest’s objective was to encourage participants to be creative and innovative in promoting their brands and products, while testing their sales and marketing skills to generate the highest sales and orders during the 73-day period of the sales campaign.

According to the press release, the Top ECM has garnered RM58.9 million in sales and 427,643 orders. Here were the Top 10 merchants who contributed to those numbers.

A home appliance brand you might’ve seen on Shopee or in stores, Samu Giken Malaysia is Sidec’s top ecommerce merchant this year.

With regional headquarters in KL, Samu Giken aims to be an affordable option for small appliances from wireless vacuum cleaners to air fryers and electric toothbrushes.

The brand has also expanded to include baby and mummy equipment such as breast pumps and cradles, as well as medical devices such as blood pressure monitors.

Along with the title, a trophy, and a certificate, Samu Giken was also awarded RM12,000 in cash.

Established in 2008, Fipper started as a reaction to meet local demand for flip-flops. Foreign brands such as iPanema and Havaians were already mainstays in sunny Malaysia at the time. But leveraging natural rubber and a classic design, Fipper quickly became a go-to local slipper brand.

Placing second at the Top ECM Awards, Fipper received RM10,000, alongside a trophy and certificate.

Founded by three partners, Global Synergy Concepts (GSC) opened its doors in March 2009. It carries products from phone cases to portable chargers from brands around the world such as Uniq, VanGuard, ITSKINS, and more.

From a small distributor of mobile and gadget accessories, GSC has since grown to become a major distributor in Malaysia offering a variety of gadget and technology products.

The mobile accessories provider is recognised as one of the Top 3 ecommerce merchants this year by Sidec, receiving a RM8,000 cash prize.

You might have seen its Avengers or Justice League clothing in stores like Aeon, Parkson, and Tangs, but it has also ventured into ecommerce, with an online presence in Lazada and Shopee.

With a name that means “the royal touch” in Japanese, ITSU is a massage chair brand that aims to emulate traditional, age-old reflexology techniques using technology. We previously reviewed a premium massage chair from the brand and experienced its capabilities first-hand.

Other than massage chairs, ITSU also sells foot massagers and fitness equipment, and aromatherapy products on its website.

A homegrown brand founded by Eaugene and Fion, Shapee is a maternity shapewear brand that has grown from a pushcart business in 2010 to a nationwide brand with multichannel market presence via ecommerce.

Shapee carries a variety of breastfeeding and maternity products including nursing bras, belly wraps, breast pumps, as well as bags.

Although using a tagline of “Think detergent, think Cutie Bright”, Cutie Bright carries more than that, offering clients other cleaning and hygiene items, tissue and paper products, and other tools and equipment.

GCT’s parent company, Guan Chong Berhad, got its start in the 1980s, trading cocoa beans and processing them in Muar.

It became a public listed company in 2004. Today, the group has presence in various companies from Singapore and Indonesia to the UK and Côte d’Ivoire (yep, we had to Google this too, and turns out it’s a West African country with beach resorts, rainforests, and a French-colonial legacy).

As its name suggests, Offspring is a brand selling baby products that are all-natural. From ingredients sourcing to the manufacturing process, Offspring takes care to ensure its products will be suitable for the “fussiest, most sensitive, most obsessive parents”.

Its website and ecommerce shop offers a plethora of baby care products from diapers and plant-based wipes to bath and skincare items.

Shong Heng Premier Home Center is a home improvement brand. Although established in 2008, the roots of the brand began from a small local hardware store in Seremban from 1972.

Today, the brand has grown into a chain of stores in Malaysia that encompasses a variety of products including sanitary wares, power tools, tiles, paints, and even interior design services.

The brand has presence online via its own online store selling home, living, and home improvement items known as Melur.online.

Ecommerce as the way forward

Yong Kai Ping is a firm believer that ecommerce is critical for the growth of Malaysia.

“During the spark of COVID-19 in 2020, we could see that many brick-and-mortar businesses were struggling to stay afloat and sustain their businesses with the never-ending restrictions at the time,” Yong said.

“However, some business owners that were not afraid to venture into ecommerce managed to regain and generate sales.”

Yong also pointed out that according to the Department of Statistics Malaysia, in 2021, the income for the ecommerce sector alone in Malaysia was recorded at about RM1.09 trillion, an increase of more than 50 percent compared to 2019 at RM675.4 billion.

“This shows that ecommerce could indeed be the major contributor to the increase of the national economy,” he concluded.