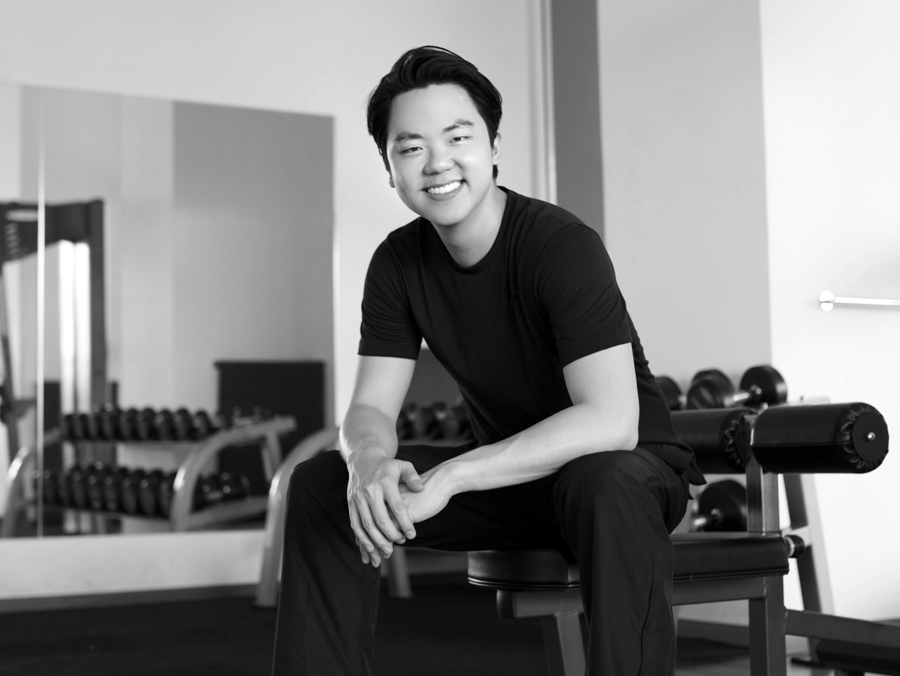 For those who go off the beaten path and choose to start something of their own, they are most certainly taking a calculated risk to becoming their own boss. These men chose to do away with the norm and opted for the path of entrepreneurship instead.

They have redefined their own success this year with their continuously thriving startups, and it is safe to say that they have dominated the year with their ventures. Here are 15 outstanding male entrepreneurs who has shook up Malaysia with their startups.

Adlin Yusman founded the SMS-based concierge service BeLazee alongside partners Suthenesh Sugumaran and Puvanendren M. Maniam at the end of April this year. Adlin has had his fair share of experience in leading companies, as he has taken up leadership positions in Groupon, Lazada and Expedia, prior to starting up Be Lazee.

Be Lazee, also known as Be Malas, has since grown in several other countries, including our neighbours in Singapore. Their growth rate is quick as they have managed to expand in just a matter of months. To date, BeLazee successfully funded USD$500,000 through Cradle Fund, which Adlin said will be spent primarily on funding the front-end and back-end technology to bring their company to greater heights.

Gadiy had an impressive resume prior to starting up Zoposh, including real estate and marketing. He graduated with a Communications and PR background, but found interest in technology and personally believed that app-startups would be a thing of the future.

With his diverse background, including in real estate, it was only apt that Gadiy founded the company which allows users to search up their desired property/home, alongside partner Claire Berneron. Since their inception, Zoposh has grown to expand in Singapore and Hong Kong, and they were also one of the participants in the Alpha Startups program earlier this year.

Founder of TableApp, Benson first got his leg into the entire restaurant endeavour when he helped around in his family’s 5 restaurants. He grew his experience firsthand in just about every aspect, from waiting tables to being the man behind the cash register.

Benson later founded the company when he desired to fill in the gap in the Malaysian industry where we are lagging behind in online reservation services for restaurants. Since the company’s inception, they have gained an average of 20,000 diners utilizing their services in the span of their first twelve months of inception, and raised RM250k in seed funding.

ServisHero is one of those companies that allows users to find a person to manage odd jobs such as the repairing of the air-conditioner. Users can also utilise the diverse service to find a maid, music tutor, and many more.

Co-founder of ServisHero, Karl Loo has had a great run this year by obtaining a pre-seed funding of US$750,000 for the company, as well as being in the top 20 finalists of the Alliance Bank SME Innovation Challenge 2015.

Tan Ban Eu may only be in his early thirties but he has already played a hand in starting up numerous companies including Carlist.my. Together with partner, Lau Ngee Keong, they started up OffPeak.my, a site which allows users to score discounts whenever they dine at restaurants during their off-peak hours. It allows restaurants to seat patrons during non-busy periods, whilst still having a steady flow of business, and at the same time offers discount-hungry customers a delicious meal at a lower price.

To date, OffPeak managed to be resourceful with their funding and internally pooled together about RM1 mil to expand their company.

Joel Neoh is no stranger in the e-commerce industry and his name would be synonymous with the global marketplace known as Groupon. He founded KFit this year and the company is the perfect platform for fitness junkies because it connects users with the best workout places within their area.

KFit has since grown in 8 other countries and has close to 200,000 members joining the site thus far, along with more than 3000 gyms participating with KFit to offer the best of fitness. What helped KFit to grow was the fact that fitness is an ever-expanding industry, and KFit managed to leverage on that.

Ride-sharing services are all the rage in the past years, and has definitely revolutionised the way that people travel around. Tumpang jumps on the bandwagon with such services, by providing one that offers passengers a flat rate fee of only RM5.

Dhillon, alongside partner Praburaajan Selvarajan, founded the company that has since been rebranded from their originally named “BUSttle”. The company also changed their logo from a green bus to a universal “hitch-hiker’s thumb” logo, and has started offering more locations to their services, including Bangsar South as well.

For those who have been stricken by an illness and can’t manage leaving the room, it can be incredibly arduous to get to a nearby clinic or hospital. Door 2 Door Doctor does just as its name suggests, by getting the doctor to wherever the patient may be. Prathaban Raju founded Door 2 Door Doctor because he symphatized with the situation of how patients had to often make trips to the hospitals, and he desired to cut that process out for them.

Door 2 Door Doctor grew with just an initial RM 200k investment, to now offering services to patients 24 hours/7days a week, inclusive of house call doctors, private nurses and even home physiotherapy. The company has also since been voted as the crowd favourite from the second batch of the CLLA-WTF Accelerator program this year.

Eric Cheng may just be an inspiration to those who are currently in their tertiary education, but do not wish to continue studying and instead wish to be their own boss. He opted out of his ACCA program and begun his career journey where he subsequently met co-founder J. Teoh through the company Innity. The pair soon started their own business venture together.

In a world where everything can now be purchased online, Carsome.my allows users to purchase their cars online. Since its inception, the founders have managed to raise US$350,000 in seed funding, alongside being backed up by veterans in the startup industry, which includes Khailee Ng from 500 Startups and TS Vincent Lee from Idea River Run.

Nadhir met his fellow co-founder Goh Chee Hau in a global aviation logistics company before starting up TheLorry.com, a company that is essentially a “lorry for hire” service, perfect for people looking to transport their goods from one location to another.

To date, TheLorry.com has over 100 transporters and more than 700 lorries and vans dispatched around the nation to help them on their mission to bring the goods to people.

Also Read
TheLorry.com: The Uber-esque PlatForm That Transports Boxes Rather Than People

Kendrick encountered a once-in-a-lifetime story of how he first started up Shoppr when he was given a blank cheque by an angel investor who believed in him. That was how he begun his venture in the company that allows users to get the exact info on the outfit that they saw online. For instance, all a user needs to do is to click on a photo to see where the outfit is from, and they are then able to purchase it as well.

Shoppr has done well in this country to date, as Malaysians typically love to shop, shop and shop some more. The company has won startup competitions, inclusive of MYDD AT&T Hackathon and AngelHack Kuala Lumpur, and was nicknamed by The Edge Malaysia as “the shazam for fashion”.

Also Read
Fall In Love With Shopping Again With Shoppr, A Tinder-Like App For Clothes

Every potential employee would yearn to know what it is like to start working in their preferred company prior to starting, and Wobb.my made it possible to have that experience. Derek Toh founded the company because he believed that the job market can be improved by allowing others to have a look at what companies are doing, and the basics of how they operate.

Recently Wobb.my organised “The Awesome Tour” which allowed those interested to go on a trip to visit companies with great work culture such as Nuffnang and PayPal. They were also one of the top 20 finalists in this years’ Alliance Bank Bizsmart Academy.

Fui-Yu, a former lawyer, worked alongside his fellow partner in the legal realm, Jeffri Cheong to start up Kaodim.com which translates to “let’s get it done” in Cantonese. The company allows users to find/hire someone to complete a task for them, inclusive of services such as renovation and photography.

Since their inception, they have managed to help grow hundreds of businesses in Malaysia, inclusive of areas in cleaning and wedding planning. They have also raised a RM2 mil seed round in the first quarter of the year, since starting up their company.

Also Read
Kaodim Links You To The Right People To Get The Job Done For You!

Co-founder of Slurp, Reza Razali is no stranger to startups as he first begun Terrato Tech, a tech company focusing on the development of iPhone apps and games, at the tender age of 25. Slurp is a cloud-based iPad point-of-sale (POS) system which provides for the F&B retailers in Malaysia, hence expediting on the job of waiters.

The company which was founded alongside fellow partner Calvin Tam and Reza’s sister Zara Aida, is revolutionising the way F&B outlets operate and have recently obtained their 100th customer milestone. Reza is confident that his venture is able to garner RM1 mil in revenue for 2015.

The co-founder of GigFairy, a musician-booking platform, has got some musical skills up his sleeves as he was once in a band himself. He created the platform so people can easily book their favourite musicians for events and in turn, these musicians can score themselves a gig opportunity.

Brian believes in the experience of live music and with GigFairy, more people are able to enjoy their favourite musicians up-close. The startup was one of the winners in the fourth batch of 1337 Ventures’ Alpha Startups initiative earlier this year, and GigFairy has since managed to obtain RM100k in pre-seed funding.